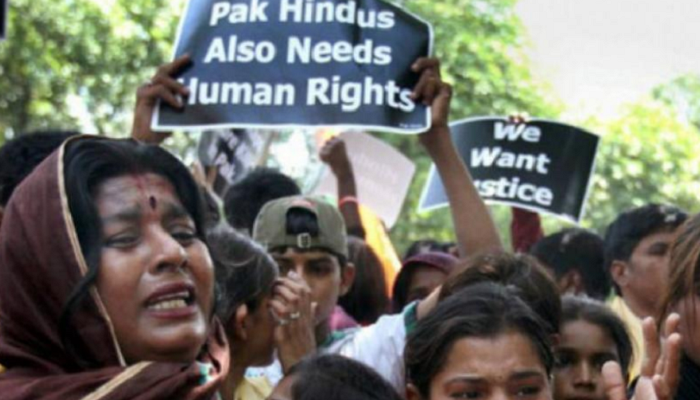 The young girls of the minority community are seeing a spike in the atrocities that are done against them. In another case, a 5-year old Hindu girl Shanu Maheshwary has been forced to convert to Islam.

What makes the case curious is the role of the otherwise secular Doctor Qader Magsi whose driver is supposed to have abetted the crime and is now being protected by his employer. While these talks have been going on, so far no statement has been issued by the organization condemning or clearing the charge.

No one knows the whereabouts of the two Hindu girls.

Doctor Qader Magsi is the head of the Sindh Taraqi Pasand Party (STPP). In the murder of Nabeela Shah, Qader along with his brother Ghulam Ali Magsi, Gulzar Ahmed Soomro and Sanaullah Shaikh were booked but were later acquitted in 2011. Nabeela Shah’s father had filed a case against the Sindhi nationalists and has said that his daughter had left her house with them and later her body was fished out from a water tank.

Qader was also exonerated in the Hyderabad carnage case of 30th September 1988, in which armed men driving different cars had attacked several spots and murdered more than 250 people in 15 minutes.

If the charge is true then it shows that the criminal elements are rising among the ranks of the Sindhi nationalists and that these elements do not wish to address the problem of the minorities especially Pak Hindus while claiming to be demanding better rights for Sindhis.

Find more coverage of the case and video of the family here: