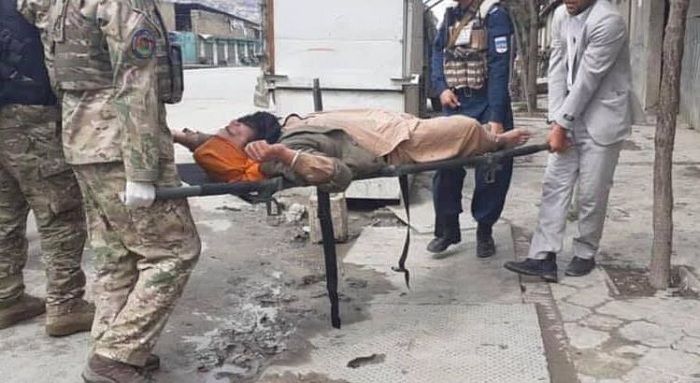 It is not an easy task to be a Hindu or a Sikh in Afghanistan. Once a thriving Hindu and Sikh population lived here but now some 1000 remain. Islamic State and the Taliban made the exodus of this tiny minority tinier. But are these terror groups the only ones to blame? Can we simply blame Pakistan and its terrorist activities and move on?

How was Afghanistan like before the Taliban? A paradise for minorities?

With these questions in mind, I looked out for people who once lived there but then had to leave as the situations turned bad to worse. For Ramnath Talwar, the former president of the Afghan Hindu & Sikh Society, even before the Taliban, Hindus, and Sikhs never had it easy. On being questioned that whether the Afghan Hindus and Sikhs have equal rights before the Taliban, he is blunt and says that ‘Never!’ Because a Muslim’s rights always come first in Afghanistan.

His point is that before the Taliban and after Taliban the issue remains the same; the mentality of the Afghan Muslims as they shy away from accepting Hindus and Sikhs as an ‘Afghan’ like them.

While Ramnath Talwar wants India to address the situation and backs the Citizenship Amendment Act boisterously he also says that lack of good refugee care system often dents the zeal of Afghan Hindus and Sikh to pack bags and seek refuge.

Lack of NGOs and advocates, education, jobs, the uncertainty of life, and poverty are other factors that make them stay rooted even if it costs life.

Poor and fearful, Afghan Hindus and Sikhs, therefore, would also want the Western countries and able NGOs to step in. Hate against

Afghan Hindus and Sikhs being spread by Pakistan

Fagirchand Chandihok is an elderly Afghan Hindu activist raising his voice for the problems faced by his community.

After the riots in Delhi, Chandihok saw posts that Afghan Muslims were sharing on Social Media accounts. Incidentally, many of them were fake, he says, but were passed around. These fake posts and videos were suggesting that Muslims were being killed by Hindus in Delhi and hence, revenge must be taken.

Most of these Afghan Muslims are currently residing in the US and Europe as refugees due to terrorism committed in their homeland by Pakistan backed terrorists but yet it took them no time to bank on the Pakistani propaganda.

Chandihok tells me that when the disputed Babri structure was brought down, 2 Hindu Temples were attacked by Afghan Muslims and he witnessed all of that.

He says that during that time he was in Kabul and some members of the Northern Alliance (considered a secular force) came to the famous Asamai Temple with kerosene and put fire to the holy place. A few days later they did the same with the Gurudwara. Only after their party newspaper told them to stop as Afghan Hindus and Sikhs had nothing to do with the demolition, did the attacks on Hindu and Sikh places of worship stopped.

The macabre shook Chandihok so much that he says that ‘we couldn’t even come out of our homes’ for days.

While a staunch CAA supporter and an admirer of PM Narendra Modi now, he still feels that Vishva Hindu Parishad and the Rashtriya Swayamsevak Sangh failed them when they were forced to flee to India during that time.

The situation has not changed a bit and Ramnath Talwar agrees when he says that the radical majority wants all Hindus to leave Afghanistan even while a deadly pandemic like Coronavirus is looming at all of us.

Why are Afghan Muslims against CAA?

Seeing that CAA actually has nothing to do with Afghanistan and the country is officially ‘the Islamic Republic of Afghanistan,’ the loud protests hold no water and it is indeed surprising that Afghan Muslims have made it their mission to oppose it.

Those who do not know or have not read the Act may click here.

And how are they achieving it?

On March 11, a Sikh shopkeeper in Chihilsitoon area of Kabul was beaten by nearly 10-12 people in broad daylight. The act spread like wildfire in the Afghan Hindu community after the beaten man was told that this was in retaliation for Hindus ‘killing Muslims‘ in India.

All his commodities were thrown by the Afghan Muslims. For an average Afghan Sikhs, already living a hand-to-mouth existence, this means going without food for no less than a few days. I had reported how an Afghan Sikh named Moor was shot in the neck for the crime of simply existing in Afghanistan.

On February 6th 2020 Asamai Temple in Kabul was pelted with stones and the Hindu priest was manhandled to show resentment towards an Indian attempt to provide a cushion of support for refugee Hindus, Sikhs and Christians living in Muslim majority nations like the Pakistan, Afghanistan, and Bangladesh.

An Afghan Hindu-Sikh woman named Pardika was brutally killed at Kart-e-Parwan. She was pierced with a sharp object at several parts after her mouth was tied by ‘unidentified’ robbers.

Similar was the case of young Sikh man Harjeet Singh who was abducted on March 5th 2019 and later found murdered.

Fagirchand Chandihok explains that Afghan Hindus and Sikhs are soft targets hence, such attacks on the community are common.

Terrorist attacks, Jizya taxes, and murders have become a way of life but hardly any coverage is given to this dwindling minority.

Pritpal Singh is an advocate for Afghan Sikhs and he says that since the Sikh community is small and hence, it is irrelevant.

In short, less population means no coverage of their human rights violations. Singh who has made two documentaries including ‘The Last Sikhs of Afghanistan‘ highlighting the woes of the community wants the Indian government to give a safe passage to Afghan Hindus and Sikhs as soon as possible as the situation keeps worsening.

Will the Indian government oblige is another matter.

Amrit Pal Singh ‘Amrit‘, a columnist and a co-worker at CurrenTriggers.com, mentioned an important slice of history with me; how Kafiristan or the land of the non-Muslims was converted to ‘Nuristan‘ or the land of those ‘enlightened’ with Islam.

Abdur Rahman ruled Afghanistan from 1880 to 1901 and during this time he ordered the killing of all Shia Hazaras in Central Afghanistan. Similar was the case of the ‘Kafirs’ of Kafiristan who soon were ‘enlightened’ with Islam.

A Journey in Nuristan by Wilfred Thesiger notes that while a few Black Kafirs were saved as a small area remained inside Chitral, the other Kafirs were forcibly converted to Islam when Abdur Rahman overran their country in the ‘winter of 1895-6’ in a campaign that lasted four months.

But Mr. Singh made a startling suggestion that these ‘Kafiristanis’ were very similar to Hindus who worshipped the local deities.

One reason, that he suggested that the people were left with no choice but to get ‘enlightened’ in Islam, was that they had no connection with India. Were there civilizational and religious ties with India, like we have with Mauritius or Nepal at present, this situation could have been challenged and at least some Kafiristani Afghans and their culture could have been saved.

I know that the past is unchangeable, perhaps grieving over the dead serves no purpose either, but the lessons are there for all of us. At least now, India must save what has been left of the Afghan Hindu and Sikh civilization and providing refuge to them is the first step in the right direction.