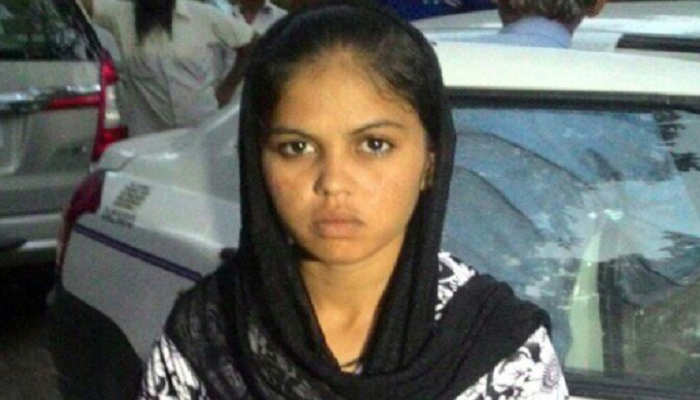 The 16-year old Pak Hindu girl Madhu got what she wanted after External Affairs Minister Sushma Swaraj heard her and requested the Delhi government to take care of her educational needs in Delhi.
Madhu, the 16-year old Pak Hindu girl had written to Delhi Chief Minister Arvind Kejriwal narrating her woes about not getting admission as she did not have the required documents to get admission and also because she was deemed as being ‘over age’ by the Indian standards.

Many Pak Hindu boys and girls have faced problems in Pakistan when they sought education in the schools back home due to their religion. Madhu also faced religious discrimination as a result of which she migrated to India with her family but her dream to study in school got nowhere as she had no documents with her that could help her  such as the school leaving certificate etc.

While she waited for Arvind Kejriwal to reply, the Indian media took her case and soon the news reached Sushma Swaraj who first met Madhu and then requested the Delhi government to step in. Her request paid rich dividends as AAP leader and Delhi Deputy Chief Minister Manish Sisodia quickly did the needful and now the Pak Hindu girl will get admission in a Delhi school.

But what got the Twitter talking was that how BJP and AAP, the forever bickering political parties, came out to support a humanitarian cause and they both won the hearts:

@SushmaSwaraj @msisodia This kind of collaboration is golden! Keep it up!

@SushmaSwaraj @msisodia This kind of collaboration is golden! Keep it up!

In short, all were happy, but the happiest would be the Pak Hindu girl who merely wanted to get an education and now she will get it.

To know the entire history of the case please check these links: