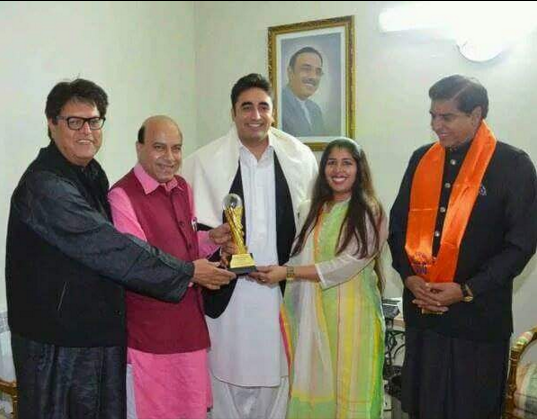 The 3-people BJP delegation went to Pakistan’s capital Islamabad and is participating the two-day workshop on “Human Trafficking” which is being organised by the International Conference of Asian Political Parties.

Villay Jolly, a senior BJP leader is leading the delegation. 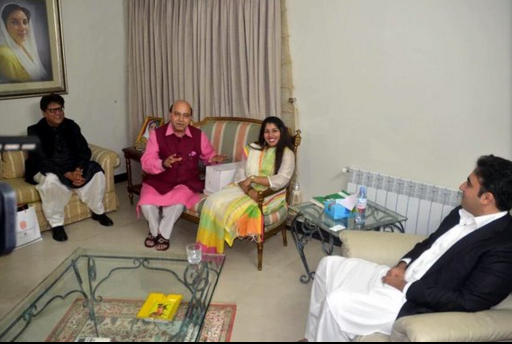 Pakistan People’s party is struggling to stay relevant due to the rise of Imran Khan’s Pakistan Tehreek-e-Insaf (PTI) and is powerful only in Sindh. While Bilawal Bhutto Zardari has strongly spoken on people-to-people contact it is yet to be seen if he speaks on the forced conversion of minorities and Temple destructions that are taking place in the province where his party is in power. The Hindu Marriage Bill is also deeply flawed and there are no attempts by PPP that can be called sincere in making required changes in it.

Also, it has to be seen whether Vijay Jolly has mentioned the forced conversions at all because due to this Pakistani Hindus and Sikhs are coming in huge numbers as refugees to India. If the situation in Sindh stays the same and the ruling PPP fails to address it in due time then it would be extremely troublesome for the entire subcontinent.

It is important to note that Pakistan People’s Party’s own partymen have been accused of forced conversions like the erstwhile partymen of its, Mian Mitho, who is one of the Pirs of Dargah Bharchoondi Sharif, and also the one who is allegedly behind forced conversion and marriages of minority minor girls.

With India relaxing rules for persecuted minorities of Pakistan such as Hindus, Christians and Sikhs, it makes sense for the BJP delegates to stress upon the need for equal rights for the minorities in Pakistan otherwise people-to-people contact and every such effort is not just fruitless but just a fake political stunt and a sheer waste of time and resources.