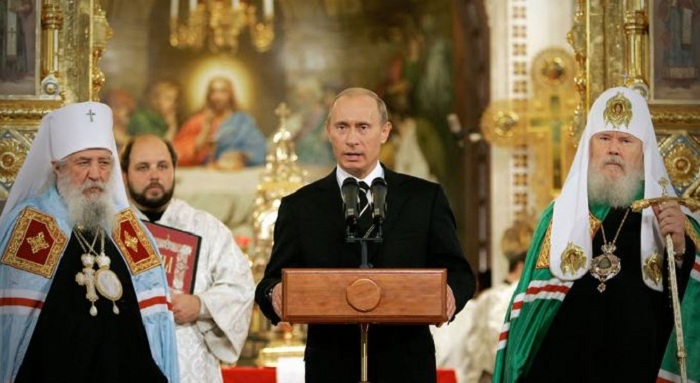 Russian strongman Vladimir Putin has said that Christianity is behind the foundation of the Russian state.

He made these comments in a ceremony on Saturday. The ceremony was organized to celebrate the adoption of Christianity by one Prince Vladimir, the leader of Kievan Rus, a loose federation of Slavic tribes that preceded the Russian state.

An AP report stated that Vladimir Putin addressed the crowd full of faithful and the Christian clergy.

During his speech, Putin also said that the adoption of the religion of Christianity was the starting point for the formation and “development of the Russian state, the true spiritual birth of our ancestors, the determination of their identity. Identity, the flowering of national culture and education.”

Putin has used similar words in the past when he claimed that Christianity is similar to communism.

He had said that Communism implemented the same principles as those espoused by Christian faith and that “they (Communists) didn’t invent anything new.”

Putin had also said that freedom, brotherhood, equality, justice…all those things are in the Bible.

Under Putin, Christianity is seeing a revival of sorts.