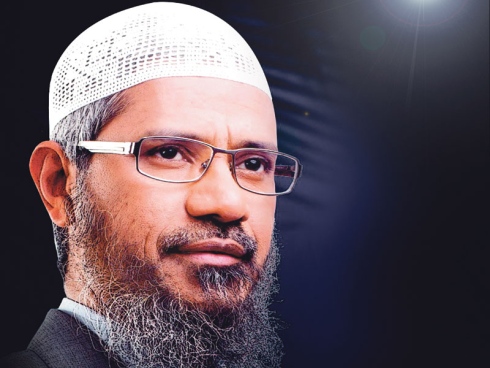 Televangelist Dr Zakir Naik is in the news for all the wrong reasons nowadays. While some are pinning him to the terrorist attacks in Dhaka, some are calling him a coward for refusing to return to India and for instead seeking refuge in Saudi Arabia.

The Indian government has directed major intelligence agencies and units to watch Zakir Naik’s tapes and recordings for any proofs to file sedition charges against him. He claims innocence saying that he never incited anyone to commit terror and that he is a messenger of peace (both claims are debatable).

People on social media were quick to call him an anti-national and demanded his imprisonment. But before we jump to any conclusion, shouldn’t we stop to think how childishly we are behaving? Have we lost our sense of distinction?

I will take easier examples to say this; when the government decides to shut down bars and pubs by 11 pm, we ask for freedom saying that we are capable of figuring out what is good and what is bad. When the Censor chops scenes of a movie – be it sex or violence – we shout that we are old enough to not get affected by either of these things.

If we are indeed so mature, then can we, at the same time, be so fickle-minded as to be swayed away by every hate-mongering speaker? The reasonable answer is no. If Zakir Naik is the one making terrorists then why is his own son isn’t a terrorist yet? Let’s admit it, blaming Zakir Naik is easy but the reality is that a terrorist does not need a ‘preacher’ to influence him.

The fact also is that we don’t need injustices to radicalize youth; all that is needed is hate for the other and that comes not from the outside but from the inside.

If that were not the case, then why are Kashmiri Pandits, Pakistani and Bangladeshi Christians and Hindus not terrorists as yet?

Here is pic of butchered bodies of Kashmiri Pandits killed by terrorists. No outrage or concern by Pseudo liberals! pic.twitter.com/JIp97aNOOz

Why Jews, Hindus, Atheists, LGBTQ people, and Christians are not becoming terrorists, surely they too have may have preachers much like Zakir Naik in their folds and many a sufferings for which they could take up arms.

Zakir Naik’s arrest, just because he spews venom from time to time, won’t sort out the problem of terrorism. What we must instead focus on is to not let that affect us and those who get affected and become terrorists should be eliminated and neutered without mercy.

The deal here is simple, why did the ‘affected’ people not ignore his ‘lectures’ and hate propaganda? Why?

Remember this, when we do not arrest a filmmaker like Anurag Kashyap even after he shows extreme violence and unbearable abuses in his movies, or when we do not shut down TV shows such as Crime Patrol and arrest the producers because they may ‘give criminal inputs’ to their viewers, then we cannot arrest Zakir Naik either.

What we must remember is this, our nation gives us the right to vote at 18, and if we are old enough to do that, we are old enough to see what’s best for us. No amount of hate-mongering can change us if we do not want it to. And if we did allow it to affect us, then, somewhere in the darkest corners of our hearts, we wanted to be exactly what we thank Zakir Naik for making us, i.e. a terrorist.

P.S.: Wasn’t Zakir Naik very famous? Who made him famous? The people. So, should we also not be monitoring those who still vouch by his words on social media and put them under surveillance?