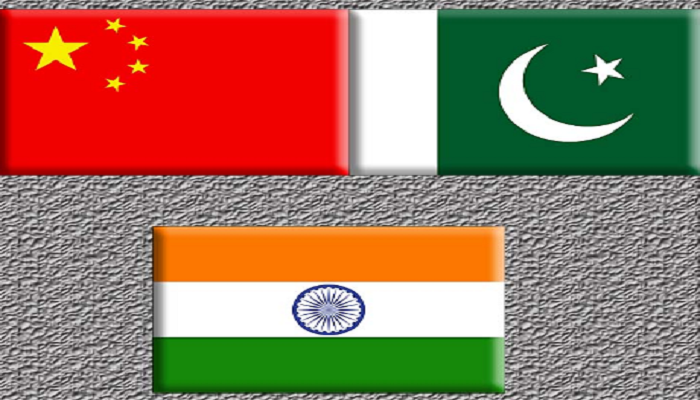 It is clear that we need to see China and Pakistan as one unit (ChiPak) after the attack in Uri where the former refused to name its pal. But the major issue is that India does not have a policy when it comes to ‘both of them’ ‘together.’

India must realize that these two have joined hands and must be taken as one whole  considering that Pakistani sovereignty depends entirely on Chinese dole.

China’s refusal to sever economic ties with Pakistan and its Jihadis means that it also wants to bleed India for the sake of its relationship with Pakistan.

Now since it is clear that ChiPak is waging a shadow war against India what can a common Indian do to take down both of them?

1.) Boycott, Boycott, and Boycott ChiPak: Boycott the goods of the two countries and refuse to succumb to any temptation of ‘goodwill.’ We need to start thinking in terms of capital if we have to take down the combined strength of ChiPak. The best way to do is call for a boycott of the goods and services that have anything to do with ChiPak. Made in any nation is preferable to the goods coming from these two. With China showing interest in the Bullet train projects, perhaps it is prudent to hit where it hurts. The government of India need not speak on it but since Japan has shown much interest in developing the high-speed train network, then Indians must make sure that China goes empty handed every time it bids on the project. Protest hard and protest fast against China’s economic interests in the nation.

2.) No to movies and cricket: India is the financial muscle that feeds Pakistani cricketers and its actors and artists. These three earn big from India and send the money back home which gets utilized against the Indian people. Why should we fund terrorism against us? Why should we promote those whose money will come to kill an average Indian? If they must play or work in India (Pakistan cannot really give them the bucks they desire) then restrictions must be put over their movements and the government must put economic restrictions over them on sending money back to Pakistan or make them pay more via special taxation measures to neutralize the edge. Those who say music or art or sportsmanship should not be curtailed must be ready to answer as to why then was the partition done in 1947? Being a naive person is one thing, being a humongous naive person is an invitation to one’s own destruction.

3.) Yes to political correctness: Indians need to ensure that just like the two-faced ChiPak, we also train our spokespersons in this art. No need to speak on Balochistan or Sindh which gets no response from the OIC, instead focus on the minority rights which at least gets the back of the Western nations. Speaking on Balochistan or Sindh should be best left to the online world or some back bencher leaders and not the government officials. The government must expose ChiPak’s track record against the minorities. Documenting their woes when they arrive in India is an excellent step.

4.) Arrest the influence of the ChiPak: Profile for peace and other pro-ChiPak movements are done by people who believe that the world is one utopia where everyone is equal. This utopian worldview is the shelter for people who are disconnected from the ground-level realities. Therefore, promoting such people and their ideas/ideologies should be a serious no-no.

5.) Be ready to fight when the nation needs: Why should an Indian not be vocal against ChiPak. Why should he not hit back hard? In an online world, things are getting murkier with the people using pictures from Syria and Palestine to show India as a draconian anti-Muslim nation. A little web search can destroy their propaganda easily, frankly, we are blessed because our enemies commit huge mistakes. But we should be vigilant too. It is also the time to revisit the times preceding the making of Pakistan and make movies, not politically correct ones, that show what Muslim League leaders and others spoke against a united India. 1962 war against China must be revisited and it must reflect the dark times when some political forces decided that their ideology mattered more than the sovereignty of India and the lives of Indians. The fact that they were willing to trade Indian freedom for the new masters should be brought to light. Keeping population under dark is the biggest mistake that the state and the entertainment industry has done and as a result, today our generation does not even understand what price were paid by those who fought to keep the nation together. Indians should crowdfund independent movies/ventures that may help in this cause.

6.) Build organizations independent of political parties: ChiPak gets an edge because we do not have ground level workers and organizations which are independent of political patronage. India must build think-tanks and organizations who study ChiPak’s moves and publish their papers to a wider audience. Political groups masquerading as ‘nationalists’ who go all quiet when their parties come in power should be sidelined by masses. And donating to politically neutral should be encouraged. Indian government should be shown what the Indians want in coherent ways.

ChiPak is an enemy entity and it should be recognized as such but the key to stop its nefarious designs lies with the Indians.

In case you have any more ideas, then do share with us.