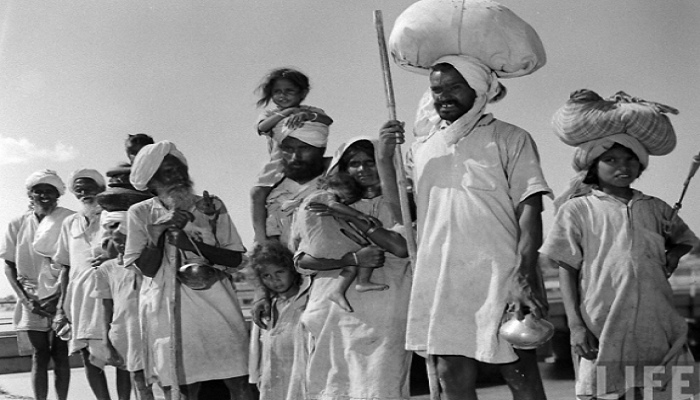 The Kashmir Files may have come with a whimper but it has exploded the way we see cinema.

The Kashmir Files has gotten so much love and appreciation from the audience that there is now no excuse left for not exploring the 1947 anti-Hindu riots.

I am especially talking about the Thoha Khalsa Massacre Remembrance Day which was recently organized in Parbhani, Maharashtra, and Swami Amrit Pal Singh ‘Amrit’ was the chief speaker at the event.

Thoha Khalsa massacre is a sordid tale of Indian history in which to save themselves from being raped 93 Sikh women jumped in wells.

Hand over your woman!

In the Thoha Khalsa massacre, Pakistani supporters’ leader Ghulam Rasool demanded that Sikh men hand over a woman to them and they would not get killed.

The Hindus and Sikhs, a minority here, naturally refused this Faustian bargain and instead led a campaign against the rioters choosing to pay with their lives instead of their honor.

Their brave resistance was able to thwart the rioters for some time.

But soon rioters from other parts joined in the Thoha Khalsa rioters armed with rifles and defeat was staring at the minority.

Seeing that the men were outnumbered and losing their lives, the Hindu and Sikh women chose to jump in the wells so as to not fall prey to Ghulam Rasool and his men.

Out of the women who jumped in the wells, Swami Amrit Pal Singh says, only one Basant Kaur was able to stay alive as the well was filled with dead bodies to the brim. To kill herself Basant Kaur tried four times but the water of the well, it seemed, has been swallowed by the dead bodies. Seeing such fierce resistance from men and women, the rioters ran away.

These Hindu and Sikh women may have lost their lives but eventually also aided in defeating the nefarious designs of Ghulam Rasool and his fellow rioters.

These women were honored by the minority community and remembered as the ‘Pride of Pothohar’ which they are and will be.

With The Kashmir Files striking a chord with the audience and also minting money of this scale, it is clear that now there is no excuse to not make a film on such an important part of our history.

Filmmakers must learn to tackle sensitive subjects like Vivek Agnihotri and bring out the truth for our present generation.

After all, now they cannot even say that audiences only like masala entertainers.

Netherlands: Cases of Hindu persecution that no one knows about