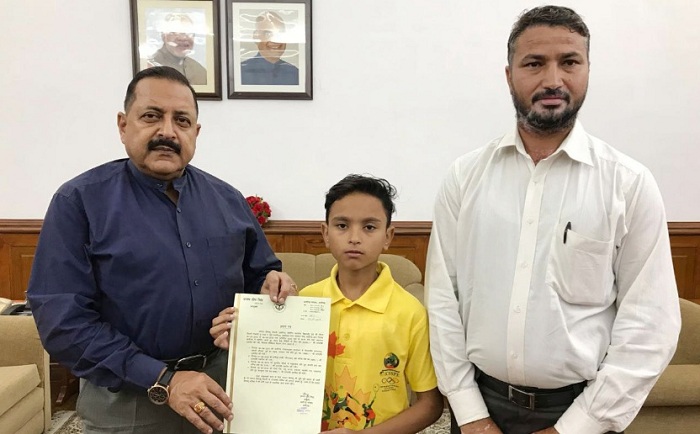 The child has made an effort to help the Kerala flood victims through his unique initiative. He has collected a sum of Rs 25,000, while skating in Aligarh from 6th-9th September, 2018, between 03.00 PM-05.00 PM. He donated the money to Prime Minister’s National Relief Fund. The Deputy Commissioner, Aligarh has also appreciated the efforts of Master Himanshu Tiwari. Master Himanshu Tiwari has won gold medal in Skating competition in World Games held in Kathmandu, Nepal in June, 2017.

Appreciating the efforts of little Master, Dr Jitendra Singh said that such noble efforts on the part of children, that too of very small age, are appreciable and an inspiration for the countrymen to have a humane and courageous approach towards any disaster that fellow countrymen may encounter. He wished Master Himanshu success and happiness in all his efforts in future.