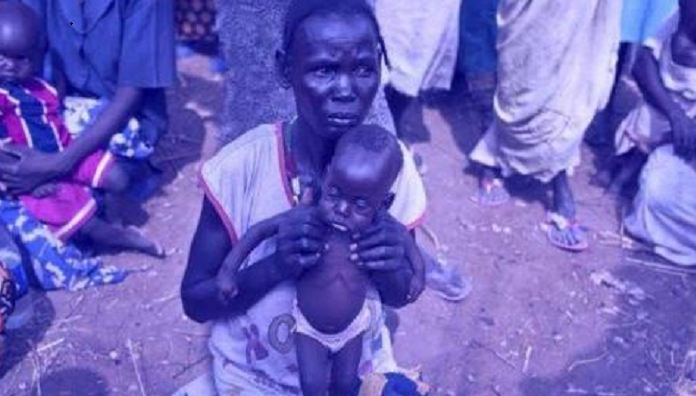 From the Indian side, the MoU was signed by T. S. Tirumurti, Secretary (ER) and from the South Sudanese side by Dr. Daniel Peter Othol, Ambassador of S. Sudan in New Delhi.

India and South Sudan enjoy warm and cordial relations in political, commercial, education and other areas. India has been supporting South Sudan through numerous initiatives in political and financial arena as well as in the capacity building.

This MoU on Consultations between the two countries is expected to a structured dialogue for strengthening bilateral cooperation between India and South Sudan. However, there is another crisis in which India can help this country.

South Sudan gained independence and carved out from Sudan on 9 July 2011 as the outcome of a 2005 peace deal.

An overwhelming majority of South Sudanese voted in a January 2011 referendum to secede and become Africa’s first new country. But the situation remains on the boil. S. Sudan is still in grip of abject poverty and hunger.

Tens of thousands face starvation in South Sudan in such a scenario, India’s role becomes crucial and it must lend humanitarian aid here as well. India shares extensive ties with the African nations and this is a good time to take lead.

Sudanese will suffer in Sudan vs Sudan