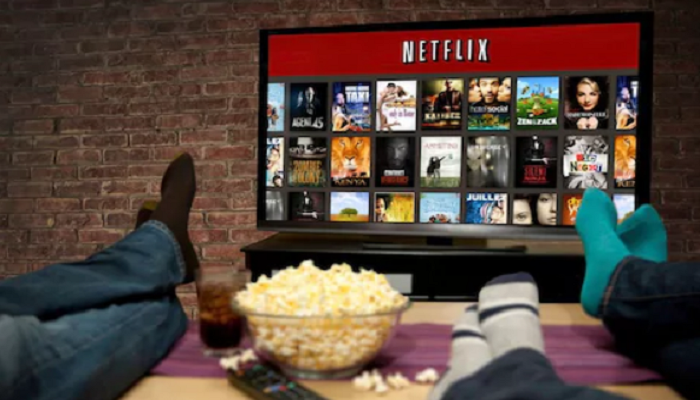 Comedy as a genre cuts across age groups and makes for a great viewing experience, be it for friends, family, colleagues or spouse! There have been consistent crests & troughs in this genre, primarily because not all jokes appeal to all sections, to add to it we have people who may find some jokes offensive. While a joke on screen may not evoke the reaction it would otherwise in a cinema hall, nevertheless, watching comedies on Netflix has been garnering a great response. Having a cozy group of people who are like-minded and share the same taste in movies can really take your movie viewing experience to next level.

After I started to dig most sought after comedies on Netflix, one realizes that even the movies of bygone are liked as much as movies made in last decade, which leads us to another conclusion that the entertainment quotient is timeless!

So here is a list of top 10 comedy movies that people have liked the most in the USA:

Zootopia: Made in 2016, Zootopia is an animated movie directed by Byron Howard, Rich Moore and Jared Bush. It follows the story of an unlikely pair of a rabbit and a fox who get together to crack a case. The movie boasts of voiceovers by Shakira, Ginnifer Goodwin, Jason Bateman among others.

Hot Fuzz: Released in 2007, this British action comedy captures the story of two cops investigating a series of mysterious deaths. The movie is one of those buddy cops films which has become a tried & tested formula over the years. The movie stars Simon Pegg and Nick Frost in lead roles.

The Big Short: Probably the darkest period for the US, after 9/11 attack was the recession and bubble burst of the realty sector in 2007-08. The Big Short is the movie made on the same theme in the year 2015, which captures the lives of various people before and after the economic crises. Boasting of a star cast of Brad Pitt, Christian Bale, Ryan Gosling and Selena Gomez, the movie not only wowed audience but also the critics alike.

Frances Ha:  The story of two female friends who part ways to explore lives their own, Frances Ha stars Greta Gerwig and Mickey Summer in the role of the main protagonist, who after having lived as housemates, decide to go on their own ways. Thus, they both embark on a journey, meeting new people, staying at places earlier unknown to them only to meet again. Made in 2012 this movie was well received.

Caddyshack: Another 1980s movie, it was based on a golf club and its members, where a young man is hopeful for a caddie scholarship but it is not that easy to come by, hence he is forced to indulge in scheming and planning to win favor from the powerful club members. The movie stars Michael O’Keefe, Chevy Rose, Rodney Dangerfield, Ted Knight and Bill Murray.

Heathers: A high school friends group is having a coup of sorts, among the four girls, three happen to be namesakes and are named Heather, while the fourth and the most popular being Veronica! Veronica wants to leave the group and go back to her old friend circle who were nerds and not that much happening. Veronica befriends new people and does things which she wouldn’t have done otherwise. A black comedy, Heathers has gained a cult status over the year in the genre. It stars Winona Ryder, Christian Slater and Shannen Doherty.

Pee-wee’s Big Adventure: Pee Wee Herman has a special bike which more like a treasure for him; however, there are people who envy him for his possession. One day his bike is stolen and after all his attempts turn futile Pee Wee decide to find his bike on his own and goes on a long journey. And after much trials & tribulations, he does get his bike back. Made in 1985, this movie starring Paul Reubens in the lead role has gained cult status.

Burn After Reading:  A CIA agent is having a tumultuous married life and gets fired from his job as well. His wife is looking to divorce him and divulges his financial information to her lawyer before filing for divorce. The information, however, changes hands and lands up in the hands of people unaware of its importance. A black comedy Burn After Reading was released in 2008 and stars George Clooney and Brad Pitt in pivotal roles.

Tropic Thunder: A movie studio is angry as their project based on Vietnam War is going kaput. The director comes up with the idea of shooting the movie without the knowledge of its lead actors and they are dropped in the middle of a jungle. A roller coaster ride ensues as the four leading actors have to make their way through the forest in a real-life ordeal while they are being constantly filmed. Directed by Ben Stiller Tropic Thunder was much appreciated for faux sequences and breakthrough direction and marketing. Released in the year 2008, it starred Ben Stiller, Jack Black, Robert Downey Junior and Tom Cruise in important roles.

This list is nothing but a tip of an iceberg as there are more & more movies to be explored and as people continue to watch myriad of movies in the comic genre there would be new entrants as well. One must add that even here there are many subsets in a genre where people can like a black or an action comedy as well & are open to new experiences too.