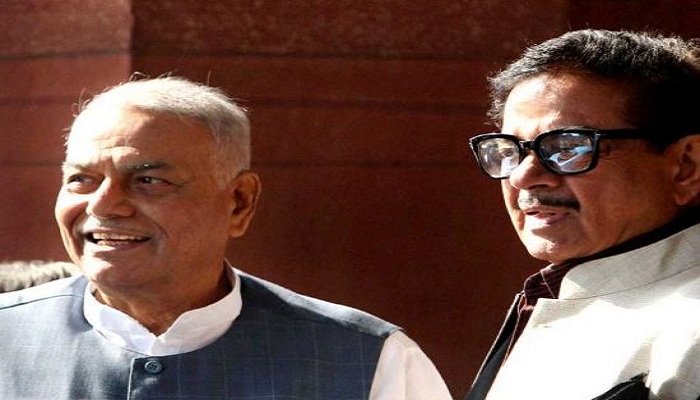 Yashwant Sinha-led group met separatist and Islamist Syed Ali Shah Geelani and Mirwaiz Umar Farooq in Srinagar on Tuesday in an attempt to broker peace. But his meeting the separatists, who are behind the current turmoil, while ignoring the minority groups has come under the scanner. Also, the alleged ignoring of the atrocities against the minorities is not being addressed by any leaders making them feel cornered.

Vinod Pandit of APMCC, All Parties Migrants Coordination Committee expressed his serious displeasure over the meeting that Yashwant Sinha had with the separatists.

His anguish over the meeting can be best understood in the light of several incidents of violence against the minorities that have been undertaken at the behest of such separatist forces.

These anti-nationals are favourite of liberals, while the people who resist them are ignored like they never existed #YashwantMeetsGeelani

Just a statement of Advani on Jinnah made him from a national leader into a liability.YSinha's outreach in kmr has made him into a Yachuri.

Kashmiri Pandits have often lamented that their rights are brushed under the carpet:

The two are said to be the disgruntled in the Narendra Modi government for quite some time.  Is this an attempt to show their ‘relevance?’ Considering that Geelani allowed Yashwant Sinha inside while he shooed away  Sitaram Yechury, Sharad Yadav and D Raja earlier shows that the shrewd politician knows who can deliver the message to New Delhi better.

But if Yashwant Sinha or his supporter Shatrughan think that this will help them gain some currency in the party then they couldn’t be more wrong as this move can very well turn them into another Sudheendra Kulkarni. Even Rajnath Singh was extensively criticized for not giving due time to hear the minority representatives. In short, this may end their relevance, whatever is left in the BJP, once for all.

This is what Shatrughan Sinha wrote in support of Yashwant Sinha:

<1/3> We must support the sincere endeavor of former Finance & External Affairs Minister and statesman Mr. Yashwant Sinha who leads…..

<2/3>…a civil society team to hold talks in Kashmir to try & break the logjam. Hope wish and pray that this sincere effort creates….

<3/3>….a desirable atmosphere and brings fruitful results for the people of Kashmir and in the larger interest of India. God bless!

However, how the pacification of separatists or the appeasement can ever lead to peace needs to be understood in the light of the several incidents that have rocked Kashmir since April.