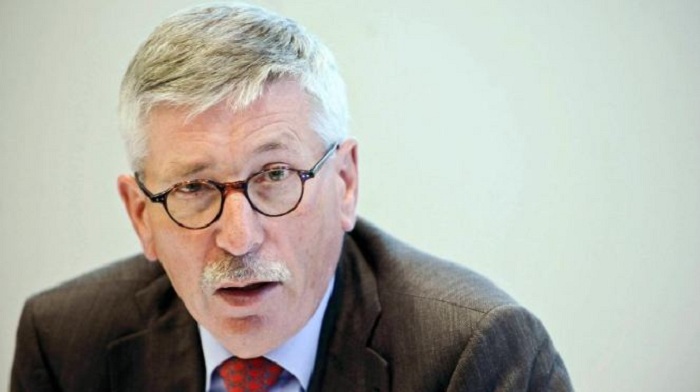 A contract with Random House is every writer’s dream.

But what happens when the publishing giant decides to snatch the mat from under the feet?

That’s exactly what has happened to author Thilo Sarrazin who is also a politician with conservative leanings.

Random House has declined to release a new book by Thilo Sarrazin fearing that it could fan Islamophobia.

The dispute will now be heard before a court in Munich this Monday.

In 2010 Thilo Sarrazin, a former central banker and also Berlin’s state finance minister published the book “Germany Does Away With Itself”, in which he had argued that the undereducated Muslim migrants were making the country “more stupid”.

The book was a bestseller and is widely credited for paving the way for the anti-Islam narrative for Germany party which was able to ride on the wave and entered the parliament last year with nearly 100 deputies. The anti-Muslim narrative has since grown stronger with terrorist attacks across Europe cementing it further and further.

The new book of Sarrazin was due to hit markets in late August this year and has been said to be critical of Muslim holy text the Quran.

Sarrazin, 73, told Bild that he had signed a contract with Random House in November 2016 on the basis of a 10-page expose and delivered the manuscript in February this year. He said:

“After a lot of back and forth about the publishing date, the publisher said at the end of May that it would not put the book out at all.”

Random House confirmed the dispute would be heard in court on Monday and in a statement termed the new Sarrazin book “unannounced” and said it had “neither the intention of stopping it nor blocking its publication. The author is free to publish his book at any time with another house.”