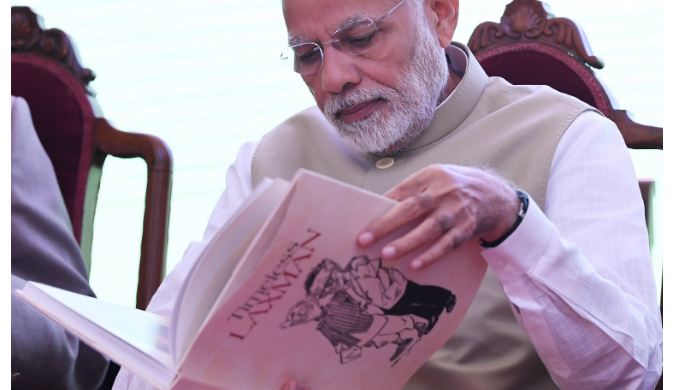 The Prime Minister, Narendra Modi, on December 18th had released the coffee table book Timeless Laxman, based on the famous cartoonist RK Laxman.

Speaking on the release of the coffee table book Timeless Laxman, the PM said that he is happy to be a part of this timeless journey. He expressed happiness that an insight into the vast treasure of Laxman’s work is now available in this way.

He remarked that studying Laxman’s work through the decades is a nice way to understand sociology, and the socio-economic milieu of the times.

This effort is not just for Laxman, or his memory, the Prime Minister said, adding that a small part of Laxman, lives within crores of people.

The Prime Minister said that Laxman’s common man was timeless and pan-Indian. All Indians, and all generations of people could identify with him, he added.

The Prime Minister mentioned how the process of Padma awards has been changed to bring into focus the common man.

The Governor of Maharashtra,  C. Vidyasagar Rao and the Chief Minister of Maharashtra, Devendra Fadnavis and other dignitaries were also present on the release of the coffee table book Timeless Laxman.