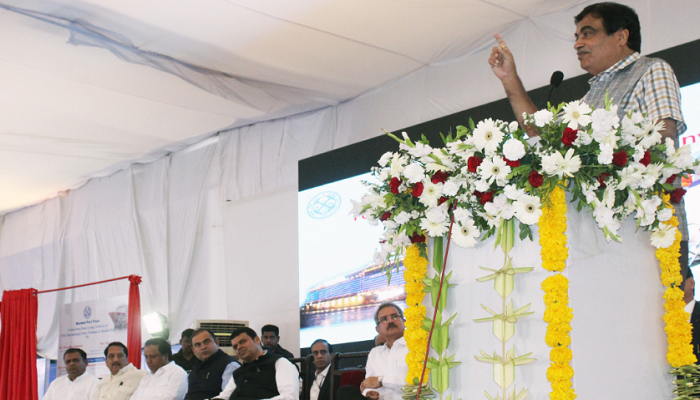 New Delhi, June 6th, 2020: Union Minister for Road Transport & Highways and MSME Nitin Gadkari on June 5th 2020 underlined the need for generating awareness and education for the masses at large towards reducing or eliminating mortality on the roads of both human beings and animals. He said ecology and sustainability are most important for human life. Launching the UNDP national awareness campaign on ‘Prevention of Human and Animal Mortality on Highways’ via video conference on the occasion of World Environment Day today, the Minister stated that ethics, economy and ecology are the three most important pillars of our country.

He said that India witnesses nearly five lakh road accidents every year, in which about 1.5 lakh lives are lost. He said, he is endeavoring to bring down these figures by 20-25 per cent by the coming 31st March. Ministry of Road Transport & Highways has identified over five thousand black spots, and the process for their rectification including temporary and permanent measures is being carried out on urgent basis. SOPs regarding procedure for rectification of black spots for taking up short-term and long-term permanent measures have already been issued. Till date, temporary measures on 1739 newly identified Black Spots and permanent measures on 840 newly identified Black Spots have already been taken.

The Minister informed that various Road safety measures have been highlighted to be focused upon on stretches of National Highways such as, rectification of Black Spots, traffic calming measures, Crash Barriers, Repairing, rehabilitation and reconstruction of dilapidated and narrow bridges, Road Safety Audit, Reduction of fatalities on vulnerable roads, Highway Patrolling, and Safety during Construction.

Gadkari also informed that his Ministry is conscious about the need to protect animal life on the roads. He said, the Ministry has requested all agencies to follow the provisions of the manual titled “Eco friendly measures to mitigate impacts of linear infrastructure on wildlife” issued by Wildlife Institute of India, Dehradun for making road or any linear infrastructure and take care of wildlife accordingly. He requested NGOs and social organisations to locate black spots for animals on the roads, and inform his Ministry, so that necessary corrective action may be taken.

The Minister said, the ministry and its organisations are spending good amounts on creating infrastructure conducive to animal use. He cited the example of Nagpur-Jabalpur Highway, where a via-ducts etc have been constructed for Rs 1300 crore to create right-of-way for the tigers.

India is witnessing a healthy annual growth rate of tigers at 6%,