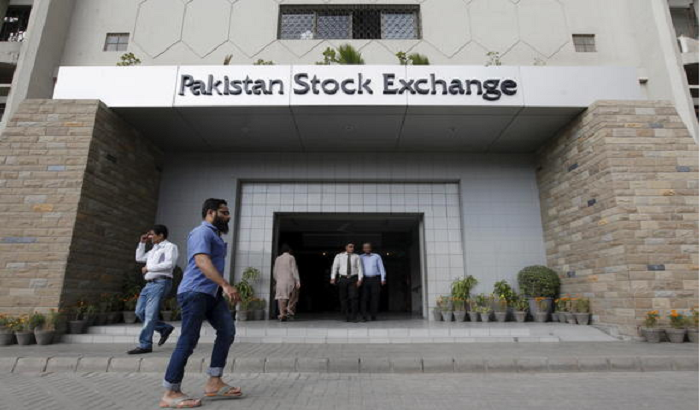 China continues to support Pakistan even as calls for declaring the latter as the State Sponsor of Terrorism gets a record response. The Shanghai Stock Exchange, China’s leading stock exchange has submitted a letter of intent to buy a stake of up to 40 percent in the Pakistan Stock Exchange or PSX. The development was first reported by The Nikkei Asian Review.

The PSX was formed in January by consolidating the Lahore, Karachi, and Islamabad stock exchanges. Ayyaz Afzal, CEO of the Islamabad Stock Exchange was quoted as saying,

Shanghai is one of two stock exchanges who submitted us letters of intent.

He is confident of receiving more letters regarding the acquisition by December and expects positive development by March 2017. The other bourse that has shown interest is in the Middle East.

If the deal falls China’s way, it would be the first time that China would be investing directly in a foreign stock exchange. China’s President Xi Jinping has pledged an unprecedented amount of monetary help, assumed to be approx. $46 billion to fund the China Pakistan Economic Corridor (CPEC). Pakistan’s economy is in turmoil and has been witnessing severe financial outflows as the top leadership seems ‘inept’ to keep terrorism at bay. A Pakistani staffer at the U.S. Agency for International Development in Islamabad said, “We very much welcome all the involvement of China, as it is now only China which helps our economic development.”

China has been supporting Pakistan well, both financially and morally, even as India objects since the latter continues to harbor terrorists who cause violence across the globe, but mainly targeting India. On September 18, four Pakistani terrorists attacked the Uri area of Baramulla district near the Line of Control (LoC), leading to the martyrdom of 18 Indian soldiers. Uri was one of the deadliest attacks in recent years.

India, in strong retaliation, entered 3 kilometers in the Pakistan-Occupied-Kashmir (PoK) and conducted surgical strikes which caused significant damage to the terrorists’ launch pads which were being repeatedly used to cause harm to Indian soldiers. The Indian Army launched one of the most incisive attacks after Indian Prime Minister Narendra Modi gave them a free hand.