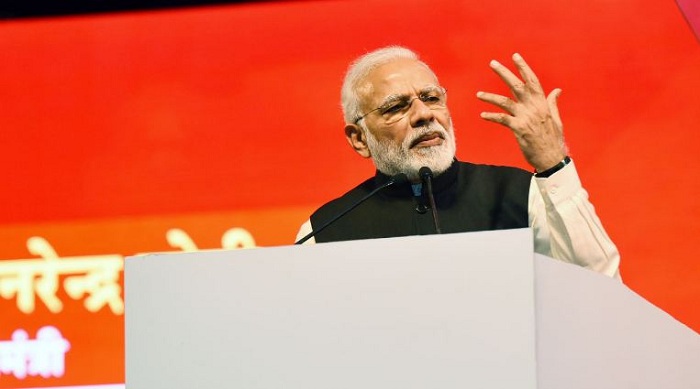 Arriving at the venue directly from the Pravasi Bharatiya Divas celebrations, the Prime Minister unveiled a plaque to mark the inauguration of 55 outlets which would serve as Centers of Excellence at the Hastkala Sankul, which is a complex dedicated to the handicrafts of the region.

He walked through the various galleries of the Textiles Museum, before arriving at the Amphitheatre at Deen Dayal Hastkala Sankul.

Here, he released two books titled: (a) Kashi: The Universe of Crafts and Textiles (b) Indian Textiles: History, Splendour, Grandeur.

He also unveiled a plaque to mark the inauguration of an Integrated Textile Office Complex, at Chowkaghat in Varanasi.