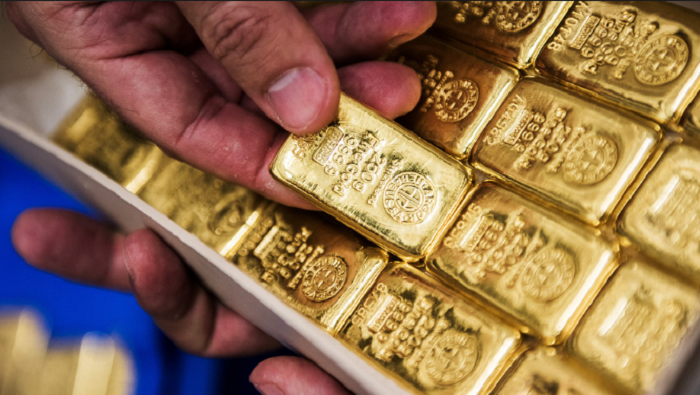 Acting on an specific  intelligence, the officers of Directorate of Revenue Intelligence (DRI) have effected a seizure of 32 kgs of foreign origin gold valued at Rs 10.32 Crore, smuggled from China into India through the Indo-China Border in the State of Sikkim.

The DRI received a tip off that a huge quantity of Gold of foreign origin that has been smuggled into India from China through Indo-China Border in the State of Sikkim would find its way to Kolkata via Siliguri and would be carried by three persons who would be travelling by a hired vehicle from Gangtok to Siliguri and would there after go to Kolkata by train for the ultimate delivery of the same.

Acting on the said tip off, the officers of DRI led strict surveillance over the area on Sevoke Road, Siliguri, Near Payal Cinema Hall where they intercepted a white colour Maruti Wagon R on 23:15 hrs. Of 31.05.2018. On preliminary enquiry, it was found that the Wagon R vehicle was taken on hire by three passengers. All these three passengers are natives of Maharashtra and they had hired the vehicle for their journey from Siliguri to Gangtok and back.

On preliminary enquiry, the three intercepted persons admitted the fact that they were carrying in their persons gold bars of foreign origin that had been smuggled into India from China through Indo-China Border in the State of Sikkim. All the three persons were taken to DRI office at Siliguri where, on search, three specially tailored cloth belts having several pockets and secured by metal Zip fasteners were found to be fastened around their waist. On opening of the said belts, a total of 32 pcs of primary gold bars bearing foreign inscription were recovered. Each of the gold bars was found to weigh 1 kg, bringing the total haul to 32 kgs.

This is one of the biggest Gold seizure by DRI in the recent past in East and North-East India. In the current financial year, starting from 01/04/2018 till date, in the region spread over West Bengal and the North eastern states, the DRI has seized over 137 kg of Gold and Gold Jewellery valued at close to Rs. 24 Crores in the market, smuggled from Bangladesh, Myanmar ,Bhutan and even from China.

In the previous financial year (2017-2018), DRI has seized close to 430 kgs of Gold and Gold Jewelry in the East and North East region collectively valued at more than  Rs 100 Crores.