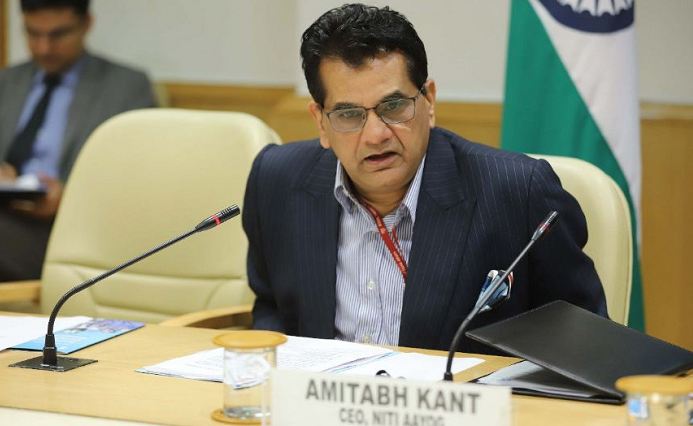 A High-level delegation, led by NITI Aayog CEO Amitabh Kant, will be visiting Saudi Arabia from 16th to 17th February 2019 to participate in extensive discussions with the Saudi Centre for International Strategic Partnerships (SCISP) in Riyadh.

The visit will serve as a precursor to the forthcoming visit of Mohammed bin Salman bin Abdulaziz Al Saud, the Crown Prince, Vice President of the Council of Ministers and Minister of Defence of the Kingdom of Saudi Arabia.

The delegation will comprise of senior officials from the Ministries of Housing and Urban Affairs, Electronics and Information Technology, Tourism, and Commerce and Industry. It will also include CEOs of leading Indian companies.

The discussions with the Saudi Arabian leadership will showcase the economic opportunities that Indiapresentsfor investment and explore pathways to further strengthen the economic pillar of the India – Saudi Arabia strategic partnership.

India – Saudi Arabia bilateral trade during April to November 2018 reached USD 23.24 billion, and is poised to reach greater heights post the visit of the Crown Prince between 19-20th February, which follows the highly successful visit of Prime Minister Narendra Modi to Saudi Arabia in April 2016.

During his forthcoming visit, the Crown Prince of Kingdom of Saudi Arabia will call on the President and Vice President, and also participate in bilateral talks on a wide range of issues of mutual interest.