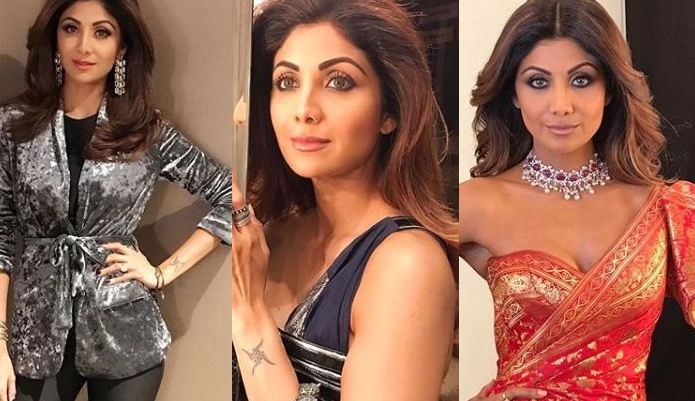 Shilpa Shetty Kundra is easily the coolest lady to travel with but even she lost her temper at the Qantas Airways when she was rudely spoken to by the staff of the airlines. But not taking it lying down, Shilpa Shetty Kundra spoke her mind and told Qantas to treat the ‘Brown’ people with respect too.

Here is the picture that she shared while explaining her ordeal with Qantas:

“This should get your attention!
Travelling from Sydney to Melbourne and at the check in counter met a grumpy #Mel ( that’s her name) who decided it was “OK” to speak curtly to “US” ( Brown people!!) travelling together ,I was flying business and had 2 bags (my allowance)and she insisted and decided my half empty Duffel bag was oversized( to check in!!) So she sent us to check it in at the other counter dealing with “Oversized luggage” ..there a Polite lady(yes this one was) said ..”this ISN’T an oversized bag, pls check this in manually if u can at another counter” ( all this happening while the counter is going to shut in 5 mins) As the manual check in wasn’t going thru for 5 mins( we tried) I went upto #Mel and requested her to put the bag thru as her colleague said it wasn’t an oversized bag.. She refused again.. Just being adamant especially when I told her this is causing a lot of inconvenience .. We had no time to waste so we ran to the oversized baggage counter and requested her to put the bag through which she did after I told her that #Rude #Mel had issues !!!…. to which another colleague joined in an reiterated my duffle wasn’t oversized and could’ve easily been checked in.
The point is .. This piece is only for #quantas airlines to know and take cognisance .. that their staff must be taught to be helpful and TONE can’t change with preference to #COLOUR .”WE” are NOT #pushovers and they MUST know that being #callous and #Rude will NOT BE TOLERATED 🙏✋🏼💔. Ps: Please tell me if that bag in the picture is oversized??”

Till now Qantas has not responded to her complaint.

Shilpa Shetty Kundra is a gorgeous babe in these pics!