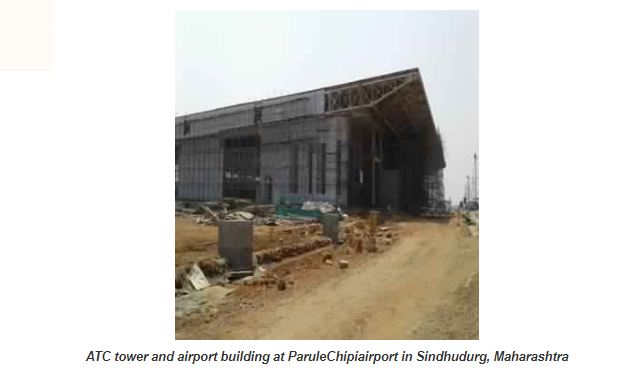 The Minister for Civil Aviation, Suresh Prabhu, reviewed the on-going work of the greenfield airport at Parule Chipi in Sindhudurg and Ratnagiri in Maharashtra. The Minister was apprised that construction of taxi way, apron and isolation bay has been completed and work on the airfield ground lighting is on. Eighty percent work on Construction of passenger terminal building, ATC tower and the technical building has been completed and the remaining work will be finished in a month’s time. The work on the construction of ancillary buildings is almost nearing completion and will take a month to finish. Sindhudurg airport will have a 2500-meter runway which has provision for future development.

During the meeting the Minister said that air-connectivity to the Konkan region fulfils the objectives of UDAN-RCS (UdeDeshkaAamNaagrik- Regional Connectivity Scheme) of Government of India which will let the common citizen of the country fly and make air travel affordable and widespread, give a boost to inclusive economic development, job growth and air transport infrastructure development.

The Minister also said that the construction of the Sindhudurg and Ratnagiri airports will not only provide better connectivity to the Konkan region of Maharashtra but also boost tourism in this scenic area of the State. Connectivity to the areas of north Karnataka, western Maharashtra and parts of Goa will also improve with the construction of these two airports in the Konkan region.

The Minister was apprised that due to issue of land offer progress of work of Ratnagiri airport is affected. The Minister directed the concerned officials to take up the matter with their counterparts in the Government of Maharashtra. He also informed that he will personally speak to the Chief Minister of Maharashtra to solve the issue.

The Sindhudurg airport is being built at an approximate cost of 520 crores.At present the state of Maharashtra has three functional international and 13 domestic airports.