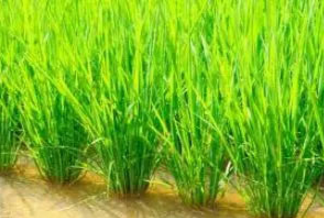 New Delhi, July 19, 2016: India is moving ahead to ensure that farmers get the best in agriculture.

National Agricultural Research System comprising ICAR, central agricultural universities and SAUs are taking adequate steps continuously for developing eco-friendly flood tolerant seeds for protecting the crops in flood prone regions of the various States of the country. And the good news for India is that the concerted research efforts led to rthe elease of 49 different crop varieties tolerant to flood/water logging stresses comprising 22 of rice, 4 of maize, 10 of sugarcane, 10 of jute and 3 of soybean.

This information was given by the Minister of State for Agriculture, Sudarshan Bhagat in Lok Sabha today.

These components are demand & entrepreneur driven for which credit linked back ended subsidy is available through respective State Horticulture Missions. An entrepreneur can avail assistance for establishment of ripening chamber @ 35% of admissible project cost in general areas and @ 50% in hilly and schedule area as credit linked and back ended subsidy. The admissible cost for ripening chamber is Rs. 1.00 lakh per MT limited to maximum of 300 MT capacity. State wise assistance sanctioned under MIDH for establishment of ripening chambers is given below in table. 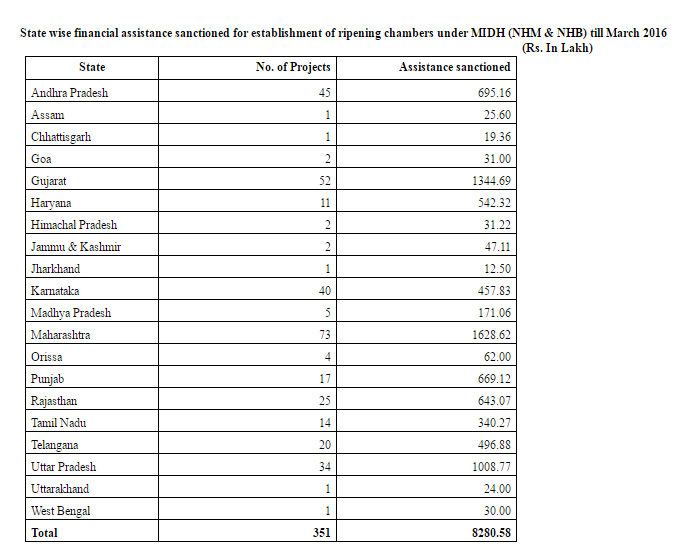 Capacity building of field staff and farmers is one of the major components of MIDH. State Horticulture Missions are organizing regular training programmes and workshops on Post-harvest Management (PHM) including ripening chambers for the benefit of farmers and entrepreneurs. Further, National Centre for Cold-chain Development (NCCD), an autonomous organization under Department of Agriculture, Cooperation & Farmers Welfare is holding workshops and training programmes in various parts of the country for ripening chamber operators and farmers for awareness and technical information for establishment and running of ripening chambers.

DMP aims to supplement the efforts of States/UTs in managing disasters and lays down the broad guidelines for management of animal during disasters like drought, floods, cyclones, earthquakes and other man-made disasters etc. in the states/UTs.