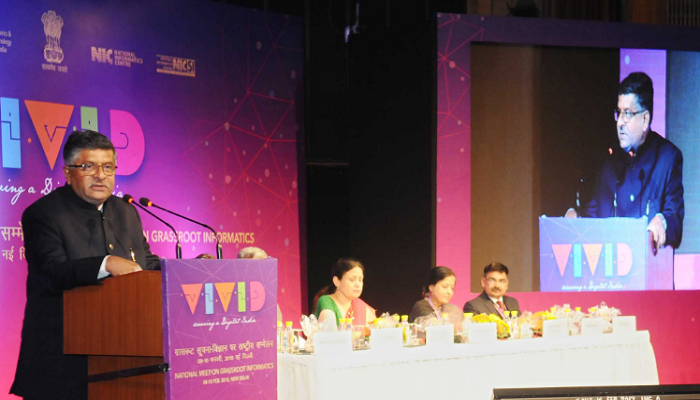 Minister of Electronics & IT and Law & Justice, Ravi Shankar Prasad on 8th February 2018 called upon National Informatics Centre (NIC) to support efforts aimed at making India low-cost cyber security hub. He also spoke about the need for the officers of NIC to get exposed to technology like the blockchain.

He said that efforts towards making India low-cost cybersecurity hub would facilitate the nation in making its presence felt in fhe development of technology among the neighboring states.

He was inaugurating the “2nd National Meet on Grassroot Informatics – VIVID: Weaving a Digital India” on Cyber security and Innovation. He said the digital initiatives of this government are aimed at not only becoming number one in Data Economics and Data Innovation but also to transform India by empowering citizens through the use of technology which is affordable and inclusive.

Prasad further said that National Informatics Centre officers should get more exposure in the emerging technologies including Artificial Intelligence, Blockchain Technology, IoT, Data Analytics, etc. and can be further innovated by NIC people. also desired India to become Low-cost cyber security hub which is suitable for India and for the world.