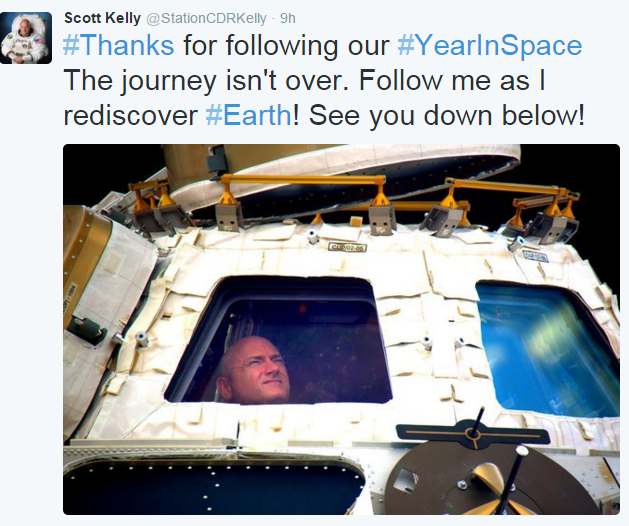 New Delhi, March 2, 2016: NASA astronaut Scott Kelly is back on planet Earth after spending a year in space!

The official Twitter handle tweeted: “After 340 days in space, @StationCDRKelly is back on Earth from his #YearInSpace mission.”

And here is a welcome message for the crew that spent the time in space: 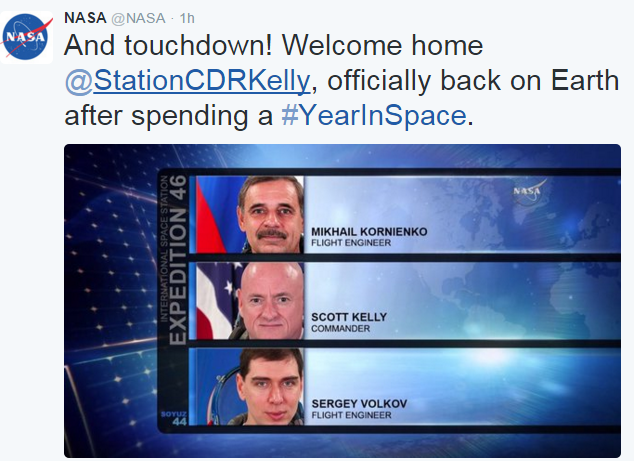 Besides Scott Kelly, Sergey Volkov, and Mikhail Kornienko were also part of this mission. NASA also tweeted this small video  that shows the astronaut happy to come back on Earth.

Earlier, a landing alert was issued by NASA and it informed that the touchdown on Earth would be at 11:25 pm ET.

During his time in the space Scott Kelly had tweeted 1000 pictures and he was a widely followed celebrity on Twitter garnering a massive fan following from different parts of the world.

The NASA astronaut tweeted a series of pictures of his last sunrise from the space yesterday: 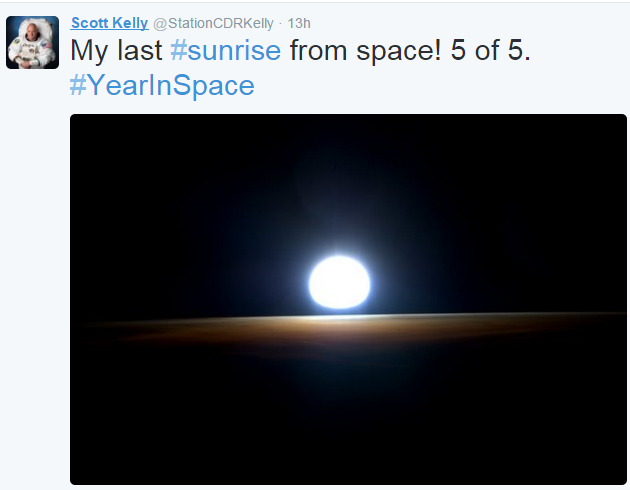 The view that the NASA astronaut shared of the mighty and the majestic Himalayas is breathtaking. This picture is a treat for the people of the Indian subcontinent and shows the mountain in its full glory.

He also wrote philosophically that: The #himalayas remind me of the bigger view we see when we conquer the #mountains we climb. #YearInSpace. 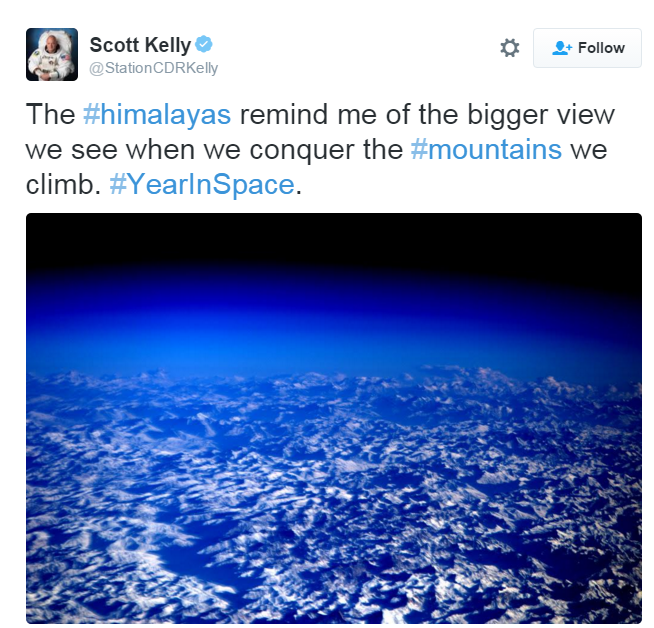 Considering that he is now back on Earth, Scott Kelly may decide to start from where he had left. Here is a picture that the astronaut had shared: 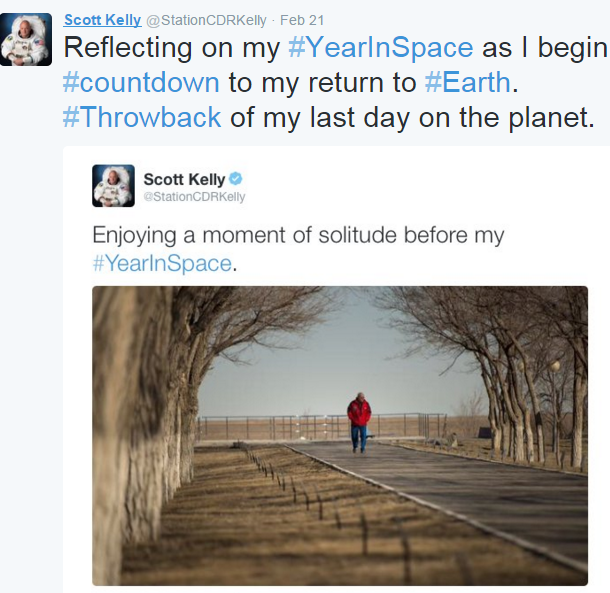 In a message NASA underlined the importance of this mission and wrote: “Welcome home, Scott Kelly! Your #YearInSpace helps ensure humans are “go” for our #JourneyToMars.”

NASA believes that Scott Kelly’s 340 days in space will give the researchers a rare and precious opportunity to study the medical, physiological, and psychological and performance challenges that astronauts face during long-duration spaceflight.
It is indeed a giant leap for science and we hope will benefit mankind in its quest to gain more knowledge! Welcome home!