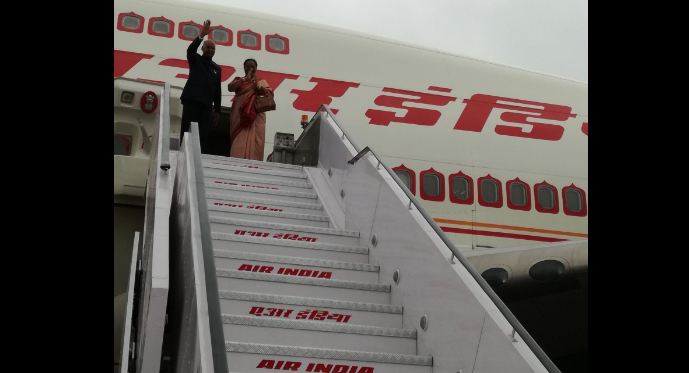 It was reiterated when President of India Ram Nath Kovind was on a State Visit to Switzerland from 11-15 September 2019 at the invitation of President of Swiss Confederation Ueli Maurer. He was accompanied by a high-level official and business delegation.

During the official talks held at the Federal Palace in Berne, the two sides reviewed and appreciated the current state of bilateral relations, reinvigorated by the frequent high-level interactions. They agreed to work together towards enhancing bilateral trade and investment. The two leaders addressed the India-Switzerland Business Round Table comprised of leading businesses of the two sides. Cooperation in the fields of education, renewable energy, railways, financial services, science & technology, health and Ayurveda are major areas of mutual interest.

President Kovind briefed the Swiss leadership on the recent developments in relation to Jammu & Kashmir aimed at furthering good governance with a developmental agenda.

The first exchange of information on tax matters will take place between India and Switzerland in the next few weeks. Switzerland expressed its continued support for India’s membership in the Nuclear Supplier’s Group. President Kovind spoke about the scourge of terrorism and state-sponsored terrorism inflicted on India for decades. Switzerland strongly supported India on her fight against terrorism and expressed solidarity for early finalization of Comprehensive Convention on International Terrorism.

MOUs on Technical Cooperation on Climate Change, renewal of Hindi Chair at the University of Lausanne and a Letter of Intent on establishment of bilateral Science & Innovation Alliance were signed during the visit.