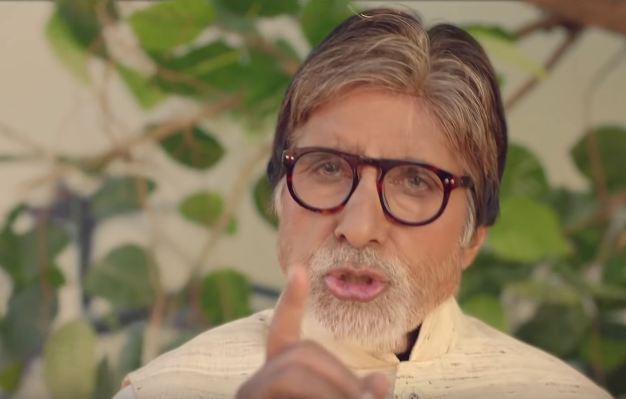 Megastar Amitabh Bachchan is again in to keep India clean.

The Swachh Bharat Mission Grameen today launched the ‘Darwaza Band -Part 2’ campaign which focuses on sustaining the open defecation free status of villages across the country. The campaign, produced by the Ministry of Drinking Water and Sanitation, was launched in Mumbai in the presence of iconic actor Amitabh Bachchan, Maharashtra’s Minister for Water Supply and Sanitation Babanrao Lonikar, Secretary, Ministry of Drinking Water and Sanitation Parameswaran Iyer and representatives of the Mission’s development partners. The event was also attended by the Zila Parishad members from Maharashtra. The ‘Darwaza Band- Part 2’ campaign has been supported by the World Bank and is being rolled out countrywide immediately after the launch.

Speaking at the event, Amitabh Bachchan gave a brief background to the development of the campaign and mentioned that the campaign talks about how a toilet must be used by all, always and under all circumstances (har koi, har roz, hamesha). He also congratulated the Swachh Bharat Mission for the transformational role it has played in ridding the country of filth and open defecation. Amitabh Bachchanalso dedicated a re-adaptation of a poem of his father Late Harivansh Rai Bachchan to the Swachh Bharat Mission – “Swachh Tann, Swachh Mann, Swachh Bharat, Mera Parichay”.