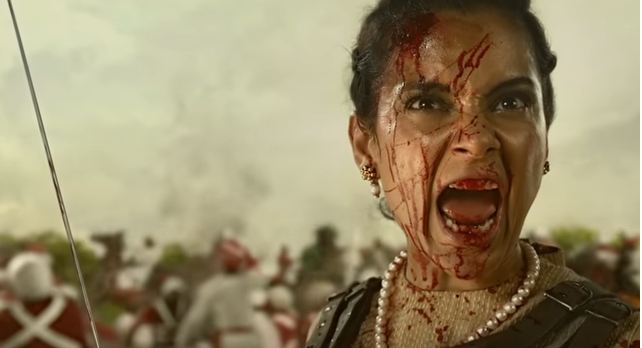 Let’s be honest! We all loved Manikarnika and especially the bold portrayal of Rani of Jhansi by Kangana Ranaut who singularly showed that she indeed is the queen bee of Bollywood.

Manikarnika is a roaring blockbuster and has entered the 100-crore club despite all the negative publicity it garnered due to a dispute between the directors Kangana and Radha Krishna Jagarlamud. Jagarlamud did one part of the movie while the Kangana did the other.  But when the result is this good, then we can say that both did a tremendous job.

Meanwhile, in this video, the actor can be seen raging with emotions as she rides her phony horse.

This is how, Kangana RANAUT rode her horse in the battlefield scenes in the film #MANIKARNIKA! So hard Naa😜 pic.twitter.com/7orijrtak2

The scene is just the way several other movies have also been shot but what made the movie mesmerizing is her range of emotions which puts way her ahead of other actors of at least this decade.