Gautam Rode is set to enthral us in Aksar and was in Mauritius with Anant Mahadevan.

The film has Bollywood beauty Zareen Khan and Gautam Rode in the lead roles, with Lillete Dubey and cricketer-turned-actor S Sreesanth in important roles.

Gautam Rode needs no introduction as he has done much work on the Indian television and is considered one of the hottest men around and is widely popular among the youth especially the girls!.

Gautam Rode was indeed mesmerized by the beauty of Mauritius and said:

This was my last day in Mauritius.. having a conversation with my director Anant sir n seeing the beautiful country.. Had a good time in Mauritius:)

The actor also shared the pics of the country with his fans and you can see that he looks very very sexy in these pictures!

Prior to this, the actor had shared this picture with the actor Zareen Khan and the two look like the perfect pair to work in this thriller. 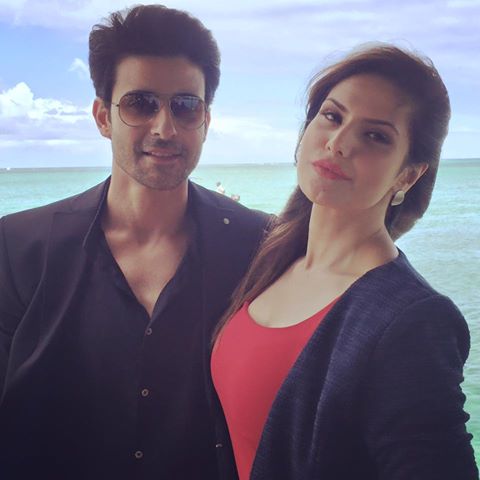 Mallika Sherawat: Hottest pics of this beauty are a must see!