Song Kala Chashma from the movie Baar Baar Dekho was released today. The song has already become popular among the masses, especially with Katrina Kaif’s fans.

But, the reason for its instant appeal is neither  Kala Chashma itself nor the dance. It is Katrina Kaif’s abs which are garnering all the accolades. Apart from looking absolutely stunning in a red saree wrapped around her hips and a golden blouse, she oozes confidence and sensuality with her perfect abs. 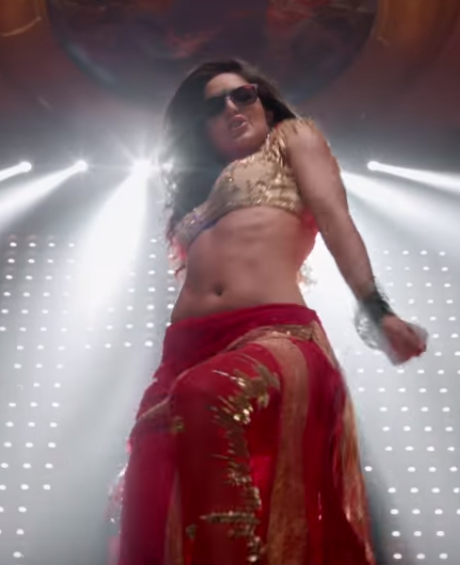 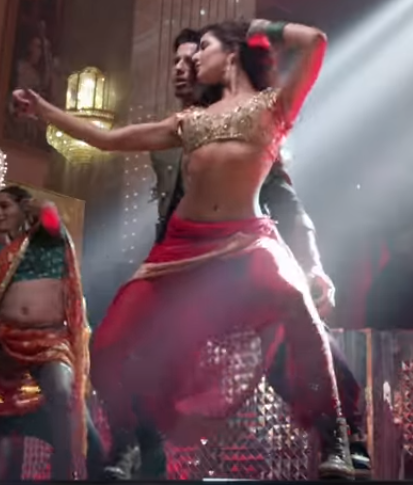 Twitterati users have gone on a rampage calling that her abs alone were enough to make  Kala Chashma an ultimate hit. Sidharth Malhotra looks mediocre in the song and struggles to match up to Katrina in every frame. Katrina was visibly immersed in the song, and her moves and expressions were very coherent.

Overall, Kala Chashma is good to hear, but the lacks the appeal to be remembered for long. While you listen to the song, you are bound to feel that the original hit song by the name, sung by Amar Arshi in 2000 was way better than this revamped version by rap artist Badshah and Neha Kakkar.

The movie stars Katrina Kaif and Sidharth Malhotra, and will be released on September 9. Ritesh Sidhwani, Karan Johar, and Farhan Akhtar have jointly produced the movie. Enjoy the song below!!