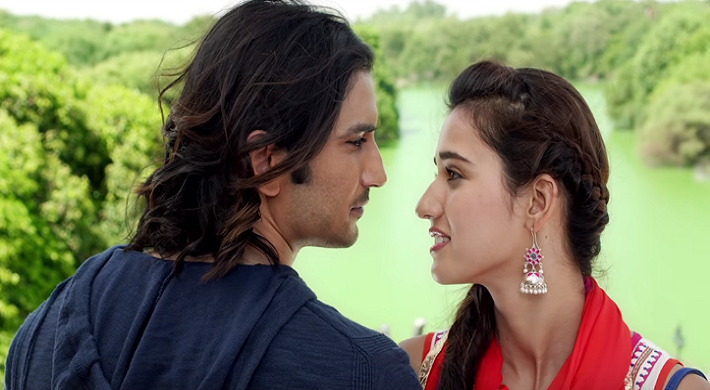 The trailer of the biopic M.S. Dhoni – The Untold Story was as riveting as you would expect from a Neeraj Pandey movie. The movie revolves around the struggles of a ticket collector who overcame all obstacles to become one of the world’s most respected cricket captains.

Apart from an enticing storyline, the film has got some very beautiful, soulful tracks which you can play on the loop for hours. Kaun Tujhe, starring Sushant Singh Rajput and Disha Patani is a pure romantic track sung by Palak Muchhal and is easily one of the most lovable songs of this year. The song has already garnered more than 4.6 million views and a lot of praise and love. Clearly, the movie has generated a lot of excitement and fans are eagerly waiting to flock to the theaters when the movie releases on September 30.

The chemistry between Sushant Singh and Disha Patani is flawless in the video. While Sushant perfectly essays the role of the Indian captain, Disha plays the role of his ex-girlfriend Priyanka Jha, who died in an accident while Dhoni was on an overseas tour. When Dhoni returned from the tour, he was shattered by the news of her demise and went in mourning for a year.

When everyone thought that Dhoni would fall apart, he made a comeback like none other. Today, he is one of the most renowned sportspersons India has ever seen, and proud parent of a baby girl Ziva from his wife Sakshi Singh Dhoni.

The movie promises to be a complete entertainer for Dhoni’s fans, who will learn a lot more about him, his struggles, and why he deserves to be at the top. Don’t be surprised if Captain Cool or Mahi delivers an emotional experience in the movie. In fact, we are betting on him to blow our minds.