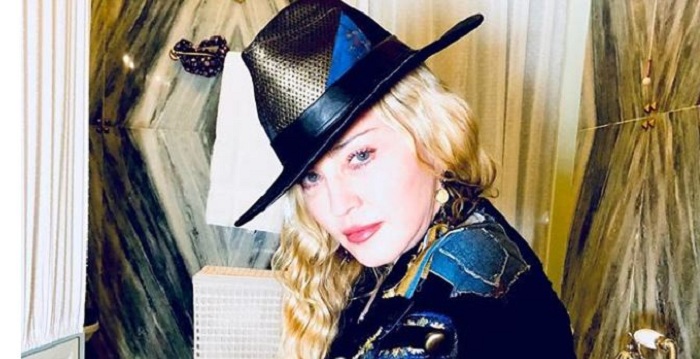 Singer Madonna is getting criticised for her a sort of speech widely believed to be a rather shabby ‘tribute’ to the late Aretha Franklin.

The speech Madonna gave on Monday’s MTV VMAs for being narcissistic.

However, the Material Girl is not taking any of it. In a clarification she said:

I was asked to present video of the year by MTV! And then they asked me to share any anecdotes I had in my career connected to Aretha Franklin! I shared a part of my journey and thanked Aretha for inspiring me along the way. I did not intend to do a tribute to her! That would be impossible in 2 minutes with all the noise and tinsel of an award show. I could never do her justice in this context or environment.
Unfortunately, most people have short attention spans and are so quick to judge. I love Aretha!

Fortunately for her Aretha’s family also did not mind Madonna’s little speech.

Meanwhile, the Queen of Soul’s nephew Tim Franklin told TMZ that the family was not hurt by Madonna’s speech and said that neither would have Aretha.

Malaysian women to be caned for indulging in lesbian sex