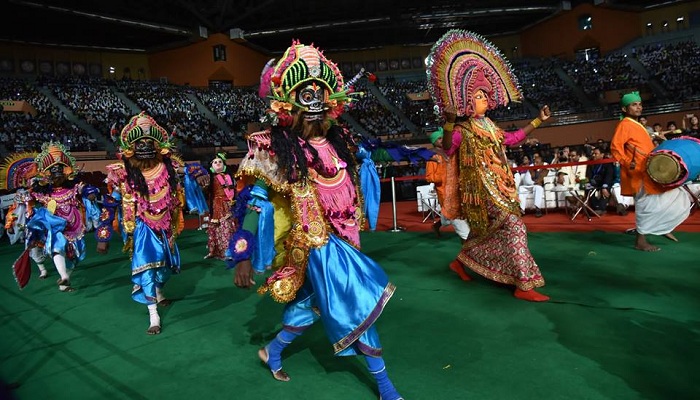 The Prime Minister, Narendra Modi, today inaugurated the National Tribal Carnival in New Delhi. Speaking on the occasion after witnessing an enthralling National Tribal Carnival  parade, he said this is the first time that tribal groups from across the country would be in Delhi at the time of the festive occasion of Diwali. He said the tribal carnival would showcase the capabilities of the tribal communities, in the national capital.

The Prime Minister said India is a land of great diversity. He said the National Tribal Carnival parade presented at the function today had offered just a small glimpse of this diversity.

National Tribal Carnival: Why it matters?

Narendra Modi said he was fortunate to have had the occasion for social work among the tribals in his youth. He recalled that it is difficult to hear a complaint escape their lips. In this respect, he added, the people living in urban areas can draw inspiration from them.

He said adivasis had the skills to make innovative products from local materials. These could be in great demand, and create great economic opportunity, if marketed well, he added. The Prime Minister gave several illustrations of innovations that had made a positive difference in the lives of the tribal communities. He recalled that it was former Prime Minister, Atal Bihari Vajpayee, who had created a separate Ministry of Tribal Affairs in the Government of India.

The Prime Minister said the Government was committed to using modern technology such as underground mining and coal gasification, which would minimize disturbance to tribal settlements. He also spoke of the Rurban Mission, which would focus on development of rural growth centres.

Pamela Geller: ‘Trump is the last hope to preserve the US as a free society’