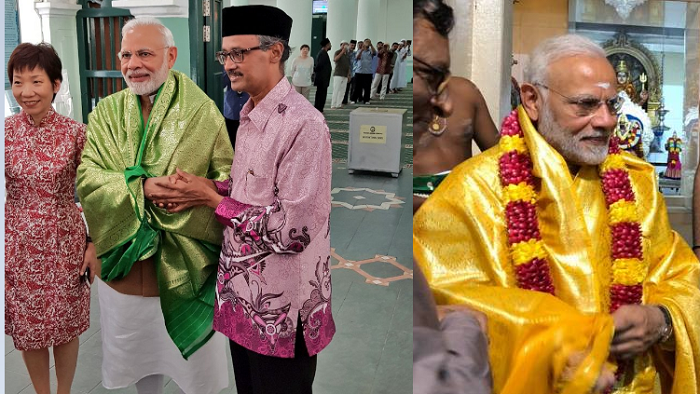 Indian Prime Minister Narendra Modi has had an eventful visit to Singapore. Leaving the political aspects aside, we bring to you his visit in pictures.

Narendra Modi visited the Mariamman Temple, which is the oldest Hindu temple in Singapore built in 1827, dedicated to Goddess Mariamman:

He also had this beautiful orchid named after himself on the occasion of his visit to the National Orchid Garden in Singapore. A strong and robust tropical orchid which produces upright inflorences up to 38 cm long with 14-20 well-arranged flowers. It is now named as the ‘Dendrobrium Narendra Modi.’

Needless to say, the visit was a delightful one, and India and Singapore have become closer than ever.