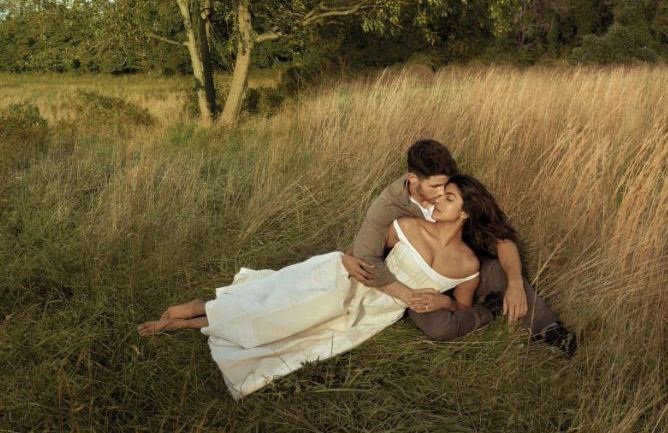 Priyanka Chopra and Nick Jonas’ steamy photoshoot for Vogue is taking the breath away of fans.

The two who kept their romance under the wraps for a considerable time, now have no qualms in doing affectionate photoshoots.

Yesterday, Priyanka Chopra and Nick Jonas set fire to the social media with their almost identical messages on the Mehendi ceremony while sharing the pics.

“An important part for the girl in an Indian wedding is the Mehendi. Once again we made it our own and it was an afternoon that kicked off the celebrations in the way we both dreamed.

One of the most special things that our relationship has given us is a merging of families who love and respect each other’s faiths and cultures. And so planning our wedding with an amalgamation of both was so so amazing.”

The couple has also married as per the Christian traditions and will be having a Hindu wedding. Many may not know, but Priyanka Chopra’s grandmother was a Christian which made lots of headlines after she was denied burial in the family tomb of the Church where once a young Mary John was baptized.