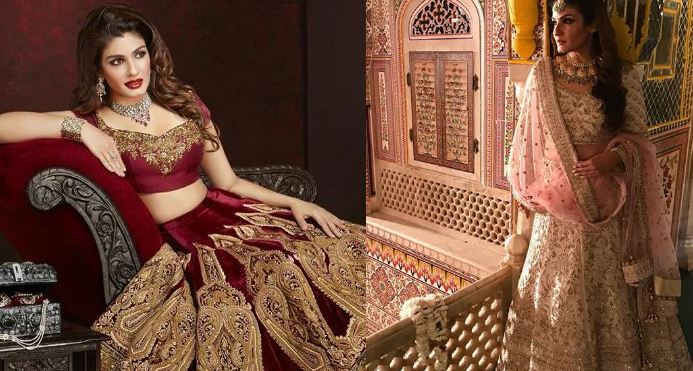 Actor Raveena Tandon has again shown pure courage and brilliance when she laid bare the dirt that has accumulated in Bollywood. In a telling comment when she was discussing harassment, she wondered as to what actually defines harassment in a workplace?

Raveena Tandon shared the fact that many wives and girlfriends of the stars are either silent observers or instigators when their actor husbands destroy the careers of the actresses after they are done chasing and flirting with them. She said that the industry wife/ girlfriend stays mute when these very actresses get replaced next by the new potential targets.

It is a huge revelation considering the holier than thou attitude adopted by the most of these ‘industry wives’ as she labeled them and shows that the newbie actresses are indeed left to fend for themselves while the wife and girlfriend gang cheers their studs.

In an article penned by Raveena Tandon some years back, she had written ‘many much married heroes promise some of these young gullible girls the moon, make the girls fall in love with them, love the chase, and the minute surrender happens they put their tail between their legs and run.’

It is also telling that Tanushree Dutta was forced to slam Twinkle Khanna after the latter showed support to her. Here is what Tanushree had said and wondered if Twinkle’s support is even ‘genuine’:

“Thank you, madam, for supporting me but your husband (Akshay Kumar) is about to or is even shooting the film (Sajid Khan’s Housefull 4) with Nana Patekar. What about that? That is the question I am asking and how much of that support is genuine because it doesn’t result in any kind of disciplinary action.”

And while Raveena Tandon may not have named anyone but many actresses like Aishwarya Rai had to suffer a lot careerwise after terminating her relations with Salman Khan.

Same has happened with many others including Priyanka Chopra among others. Of course, many simply choose to stay mum.

On Nana Patekar, Raveena Tandon mentioned that she worked with him and found him to be courteous and helpful and not the volatile person he was made out to be.

She even said that the incidents like the ones faced by Tanushree Dutta is sickening and make the films on women empowerment hollow.

Raveena Tandon gets trolled by journalists