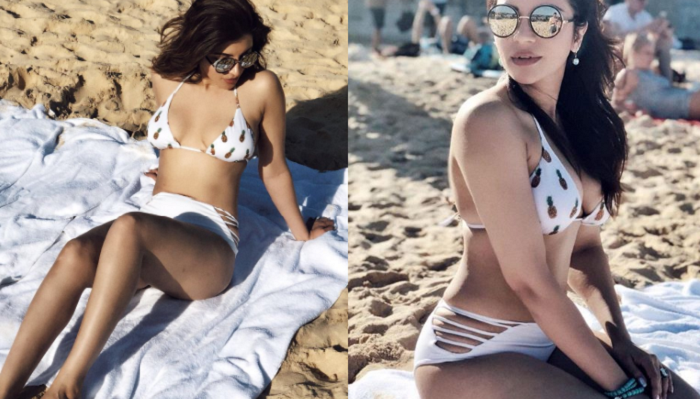 Shama Sikander has had enough of cheap comments!

She took to Twitter to give it back to the lecherous folks and said that she has boobs and is blessed to have them. Basically, she was forced to state this as she was getting vulgar comments on her bold pictures that she is sharing with her fans on social media.

“A woman has BOOBS…that’s what makes her different than men and I’m grateful that I’m a woman and a blessed one indeed.
Yes “I HAVE BOOBS” and nice ones indeed.. they are “juicy” and also are “melons “ or whatever else you prefer calling them. I think it’s time for all those TROLLS who like to give my body parts names like these to get over it and move on in life.
They”re mine and I love them…

It is good to see her taking a strong stand against such commentators, however, will it stop such people in the tracks? We will find out soon!

Shama Sikander slays in these pictures!