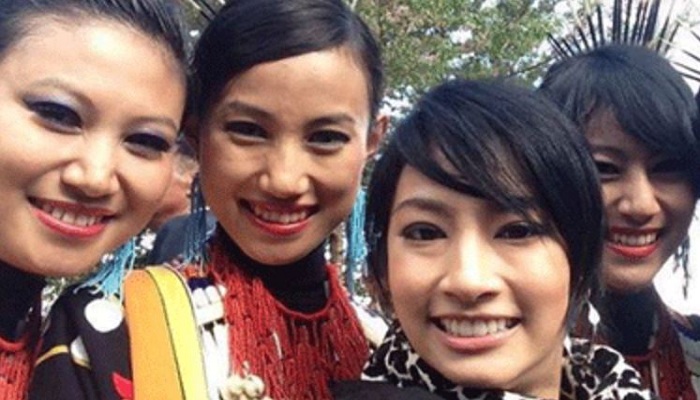 Department of Biotechnology, Government of India, will set up 50 Biotech Laboratories in Senior Secondary Schools of Arunachal Pradesh under the scheme Biotech Labs in Senior Secondary Schools (BLISS) to encourage young dynamic students. Rs. 75 to 100 crores have been earmarked for the implementing the projects This was announced by Union Minister of Science and Technology & Earth Science Dr. Harsh Vardhan while laying the foundation stone of the Centre for Bio Resources and Sustainable Development at Kimin, Papum Pare District, Arunachal Pradesh on 22.12.2016. This project will be jointly funded by Department of Bio-Technology and Rural Technology Centre of Department of Science and Technology, Government of India.

Addressing a public meeting in Kimin after the foundation stone laying ceremony Dr. Harsh Vardhan, expressing his gratitude, said that “we appreciate and we are so proud of the richness of Arunachal Pradesh in terms of its biodiversity and its bio resources but now with so much of advancement of science, it is necessary that these bio resources are preserved and monitored and utilized for the best use of the humanity not only for the people of Arunachal Pradesh but for the whole world”.

The Minister further informed that a State Level Biotech Hub will also be set up in the State for conducting high-end researches and training North Eastern Region Researchers and students, to create and train employable manpower. For protection of indigenous traditional knowledge of the State, an Intellectual Property(IP) Cell will be set up in the State Science and Technology Council. Five centres of excellence will also be established in different areas of Biotechnology in the State.

Setting up biotechnology labs in the schools will directly benefit more than ten thousand students and teachers of the state towards promoting education in biotechnology and attracting billion young students with multidisciplinary research areas. The outreach programme will immensely help in generating awareness and enhancing literacy and promoting public understanding of biotechnology in the state. The Minister also expressed that organizing the outreach programme will have direct benefit to more than five lakh people including students in the state, towards understanding biotechnology comprehensively/holistically.

Implementation of Biotechnology projects will also lead to developing market linkages to facilitate entrepreneurs for marketing their produce that will help in income generation, sustainable Socio-techno-economic development in rural tribal areas at large. The Project will also lead to biotechnological implementation and sustainable utilization, development and conservation of bio resources of the State. Rural Technology Centre under CSIR, value added agriculture, medicinal and aromatic plant cultivation mushroom, floriculture, leather and pottery to promote rural technology. A team of experts will be sent to the State to study the feasibility and promotion of Science and how the youth can benefit from Government of India Start Up and Stand Up Programme and after their suggestions many more projects will be given to the state.

Dr. Harsh Vardhan also appreciated the spirit of true patriotism among of the people of the state and forces who are guarding the borders in difficult circumstances for the welfare of the country.

Calling the day as historic moment for people of Kimin, Minister for Urban Development, Law and Justice, Government of Arunachal Pradesh Nabam Rebia thanked the Union Minister Dr. Harsh Vardhan for the Central Government’s support to such major projects for Arunachal Pradesh and North Eastern region as a whole. He informed that from communication point of view Kimin is a very important place and serves as a gateway to many districts of the State and that the land is abundant of setting up of such big projects. Rebia also said that Arunachal Pradesh has plenty of resources, which are yet to be explored, and developed for welfare of the people. He further said that Arunachal Pradesh is a peaceful state with peace loving people and patriotism is deep routed in the heart of the people of the state.