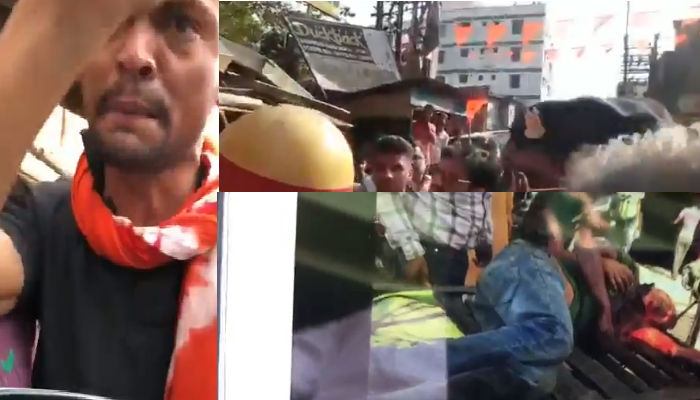 BJP leader Babul Supriyo today said that the situation in Ranigunj turned communal after some goons from minority community attacked the Hindus. There were clashes earlier too on the occasion of Ram Navmi in which one person was killed and five policemen were injured in West Bengal’s Purulia.

The situation in Ranigunj in my constituency Asansol where dozens of Goons from the Minority community came in matadors & cars, vandalised and burnt down shops, pulled Hindus out from their houses and assaulted/injured them brutally with choppers & swords. Several individuals are admitted in hospitals around, including 3 gravely injured men admitted in Durgapur Mission Hospital.

But the most alarming and dangerous fact is that the WB police remained inactive and far away from the spots and as the videos will prove, residents are alleging that police did not respond or take calls and stayed out in their rooms.

The Goons from Minority community came, slaughtered and was given a safe haven to escape.

The entire nation needs to know how dirty a politics of Appeasement Mamta Govt is playing in Bengal.

He also shared this video and wrote:

Even with the Minority community goons burning down shops and assaulting people with swords in Ranigunj, what came out more horribly was WB Police’s inert and sluggish response to local residents’ complaints. The localites’ agony is captured in these videos:

Tamil Nadu on boil, shops shut down, after attacks on Hindu God’s portraits