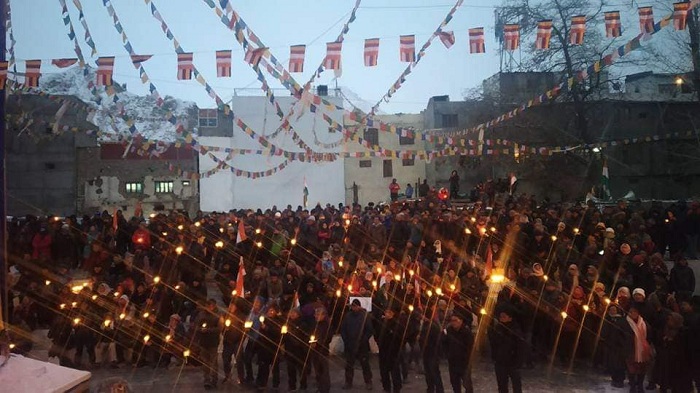 Ladakh was rejoicing after Modi government’s historic decision on the creation of a separate Administrative/Revenue division of Ladakh which would eventually help this region to get the status of Union Territory. The festive atmosphere, however, turned into silent grief after the Pulwama Attack.

To show the support for the Jawans, hundreds and thousands of people came on the streets of Leh with prayers on their lips and candles in their hands. The turnout saw strong participation of women as well.

This turnout in the bone-chilling weather when due to fresh snowfall the temperature is sub-zero will melt anyone’s heart. Jammu has also seen a massive bandh after the attack.

LBA (Ladakh Buddhist Association) had organized this vigil along with other religious outfits of the region. Take a look at the pictures below: 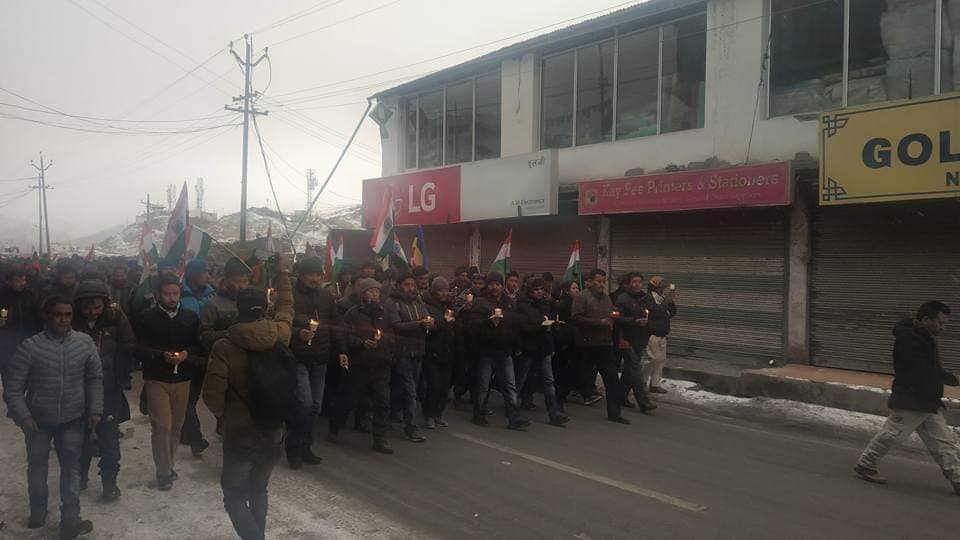