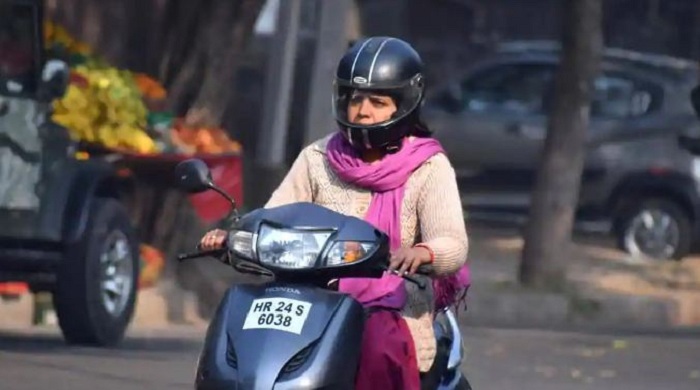 The Union Home Ministry has advised the Chandigarh Administration to follow the notification issued by Delhi Government giving an exemption to Sikh women from wearing protective headgear (helmet) while driving two wheelers in UT Chandigarh.

This is in response to the representation received by to the Union Home Minister from representatives of Sikh bodies.

The Department of Transport, Delhi Government, vide its notification issued on 04th June 1999, carried out the amendment in Rule 115 of Delhi Motor Vehicle Act 1993, making it optional for women “whether riding on pillion or driving motorcycle to wear a protective headgear.”

The Rule was further amended, vide notification dated 28th August 2014 as “ in the Delhi Motor Vehicle Rule 1993, in Sub-Rule 115 for the word “Women” the word Sikh Women shall be submitted.