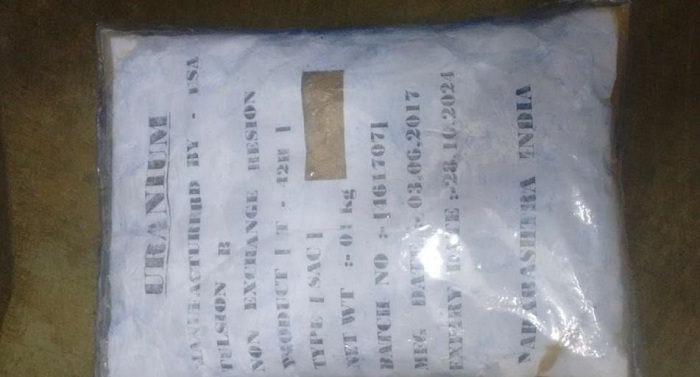 1 kg of uranium seized by police from 5 people in Kolkata.

The ANI News reported this case.

Uranium is a highly regulated radioactive element that is used for making nuclear devices and also in cancer treatment.

The value of this package is around 3 crore but it is unclear how the people got to lay their hands on it.

In 2016, the Government created a “Uranium Reserve” by importing it to ensure India’s atomic power reactors under International Atomic Energy Agency (IAEA) safeguards do not face shortage of the nuclear fuel. But if ordinary people are also able to procure it without any checks, then it is a sign of worry.