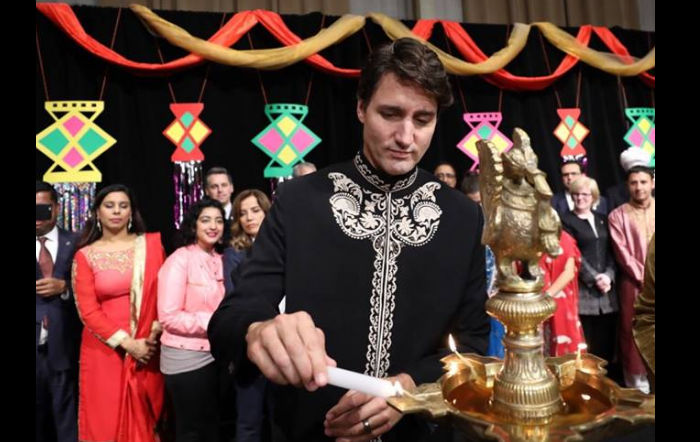 Prime Minister of Canada Justin Trudeau will be on a State visit to India from February 17-23, 2018, at the invitation of Prime Minister Narendra Modi.

The visit of Justin Trudeau is aimed at further strengthening bilateral relations between the two countries in key areas of mutual interest including trade and investment, energy, science and innovation, higher education, infrastructure development, skill development and space.

Cooperation in security and counter-terrorism as well as exchange of views on global and regional issues of mutual interest will also form important components of the visit.

India and Canada share a strategic partnership.Strong people-to-people contacts and the presence of a large Indian Diaspora in Canada provide a strong foundation for the relationship.

Justin Trudeau is considered a liberal and a popular Prime Minister in Canada and his visit will be interesting to watch.

What do Canadians feel about the influence of Hinduism in the country?

Prime Minister Narendra Modi had paid a bilateral visit to Canada in April 2015. The last visit of a Canadian Prime Minister to India was in November 2012.

Canada and India relations, suffered a jolt when Tejinder Singh Dhillon, former CRPF official, was denied entry in Canada on 20 May 2017 by officials of Citizenship and Immigration Canada (CIC) despite having a valid Canadian visa.

The issue of refusal to give entry to the former CRPF official was raised in Rajya Sabha by N. Gokulakrishnan. The Minister of State in the Ministry of External Affairs Gen. (DR) V. K. Singh (RETD) replied that the “denial report by CIC official made negative references to CRPF and inter alia accused the organization of having committed widespread and systemic human rights abuses. The Government of India strongly took up the matter with Government of Canada both in Ottawa and New Delhi and conveyed that such a characterization of a reputed force like the CRPF was completely unacceptable. The Canadian High Commission issued a statement on 23 May 2017 regretting the incident.

The statement said that the language used in the denial report issued by the CIC does not reflect the Government of Canada’s policy towards India or any particular organization, including the Central Reserve Police Force of India. The Central Reserve Police Force plays an important role in upholding law and order in India. The statement further said that Canada values its relationship with India, based on shared values of democracy, pluralism, human rights and rule of law. The Canadian High Commission also provided fresh visa and tickets to Dhillon for his travel to Canada.”