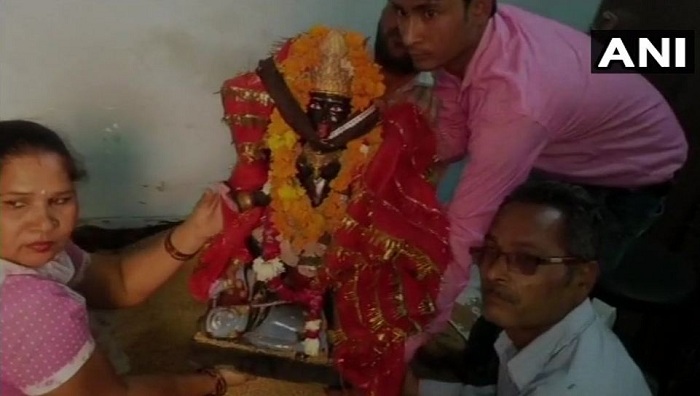 50 Dalit families are threatening to convert to some other religion after being allegedly told that they cannot install Goddess Kali idol in the village Temple by some other locals.

Rajkumar, a protester was quoted by the ANI news as telling that ‘We are Hindus, if we can’t put a goddess idol in a temple then where should we go? It is better to convert.’

Protesters have alleged that they wanted to place an idol in the village Temple and they were stopped by other locals but the reason behind the refusal of the other locals has not come to light.

50 Dalit families in Meerut's Incholi threaten to convert after being allegedly denied to put Goddess Kali idol in the village temple by locals. Rajkumar, a protester says 'We are Hindus, if we can't put a goddess idol in a temple then where should we go? its better to convert' pic.twitter.com/TuiO0zglk4

Ramchandra, ADM(E) Meerut has vowed to investigate the matter and said:

We will investigate the matter, I don’t know about the religious conversion demand, the matter will be resolved. BJP under Yogi Adityanath is in power in the Uttar Pradesh and Hindutva is its calling card.

Navratri is a major Hindu festival which is celebrated across the Hindu society.  Therefore, the matter is likely to get due importance.

After 400 years, men allowed to touch idols in this Temple, only Dalit women enjoy this privilege