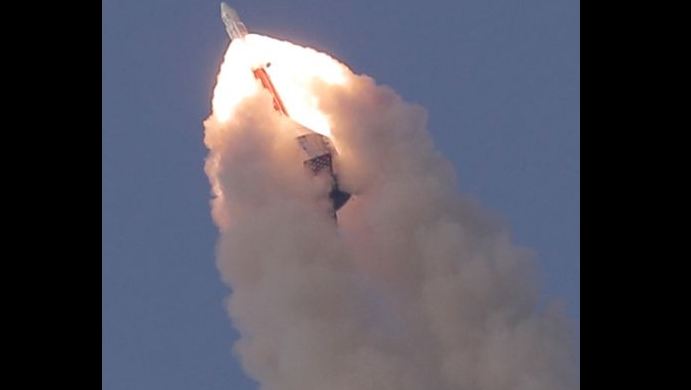 India’s first Indian human mission will be launched by Indian Space Research Organisation (ISRO) by 2022. This was stated by the Union Minister of State (Independent Charge) Development of North-Eastern Region (DoNER), MoS PMO, Personnel, Public Grievances & Pensions, Atomic Energy and Space, Dr Jitendra Singh while addressing a press conference in New Delhi today. The ISRO Chairman, Dr. K. Sivan said that ISRO has the capabilities to accomplish this task by the given timeframe. He said that this is a huge responsibility and a challenging task for ISRO, but it will succeed. The programme will make India the fourth nation in the world to launch a Human Spaceflight Mission. So far, only the USA, Russia and China have launched human spaceflight missions.

It may be recalled that the Prime Minister during his Independence Day address had announced `Gaganyaan — India’s maiden human spaceflight programme’. He had declared that ‘a son or a daughter of India will go to Space from Indian soil by an Indian vehicle by 2022 (75th year of Indian independence) or sooner’. This is the most ambitious space programme undertaken by ISRO till date and is essential as it will give a big boost to the Science and Technology development within the country, said Dr Sivan. This will also inspire the youth of the country to take up bigger challenges and enhance the prestige of the country.

GSLV Mk-III launch vehicle, which has the necessary payload capability for this mission, will be used to launch Gaganyaan. Two unmanned Gaganyaan missions will be undertaken prior to sending humans. The total programme is expected to be completed before 2022 with first unmanned flight within 30 months. The mission will aim to send a three-member crew to space for a period of five to seven days. The spacecraft will be placed in a low earth orbit of 300-400km. The total programme cost is expected to be less than Rs. 10,000 crores.

Describing the mission as a complex one, ISRO Chairman said that it would truly be a national endeavour with the participation of ISRO, academia, industry as well as other government and private agencies as stakeholders. To accelerate the programme, ISRO may consider collaborations with space agencies from friendly countries with advanced space programmes.

The Indian Space programme has evolved from its humble beginnings into a mature national capability to utilize space technology for societal development. The seeds sown more than six decades ago have fructified to yield indigenous capabilities to achieve independent access to space, and a plethora of space-based services which are transforming India. This capability was taken forward to undertake milestone missions in space science & exploration such as the Chandrayaan-1, Mars Orbiter Mission and Astrosat, thereby enriching the global knowledge base on the cosmos.

Dr Jitendra Singh said that this will be the first human mission indigenously developed by ISRO, though there have been Indian astronauts who have been to space earlier. This is going to be a big achievement, he said. He said the Government’s emphasis has been for the application of space technologies in various areas such as Agriculture, Railways, Human Resource Development and Road, Transport & Highways, etc. for ease of living.

Giving details about the Gaganyan, Dr Sivan said that it will comprise of a crew module, service module and orbital module, weighing approximately 7 tonnes, and will be carried by a rocket. The crew module’s size will be 3.7 mts x 7 mts. The crew will do microgravity experiment during the mission. The crew will be selected by Indian Air Force (IAF) and ISRO jointly after which they will undergo training for two-three years. While ISRO has perfected the engineering aspects of the mission, Dr Sivan said, bioscience is a new field for ISRO and requires collaboration and support from other organizations.

He enumerated the objectives of the Mission as:

Enhancement of science and technology levels in the country
A national project involving several institutes, academia and industry
Improvement of industrial growth
Inspiring youth
Development of technology for social benefits
Improving international collaboration
During the conference, he also spoke about the forthcoming projects of ISRO, including Chandrayaan-2, is scheduled to be launched in January, 2019. The Mission will have an orbiter weighing 2379 kg, lander named Vikram weighing 1471 kg and a rover weighing 27 kg. Explaining the delay in launch of Chandrayaan-2, he said that the payload of the Mission has increased to provide for another component of the lander at 30 km orbit, which required a GSLV MkIII rocket for launch.

He said that ISRO aims to launch 19 missions upto March, 2019. These missions include launch of 4 satellites to accomplish the Digital India programme by providing higher bandwidth for connectivity.

Scientific Secretary, ISRO, R. Umamaheswaran and other Senior Officers of the Department of Space were also present during the press conference.

Nirmala Sitharaman on a visit to Thailand for strengthening defence ties