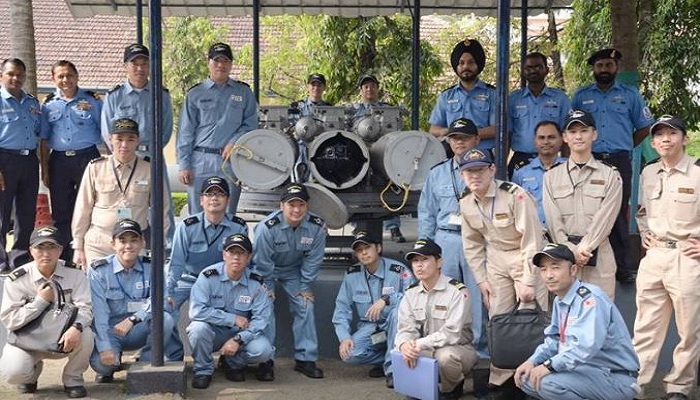 During the stay at Kochi, various activities such as visit of IN(Indian Navy) specialists onboard JMSDF Samidare and professional interaction between the two navies were conducted. The visiting foreign ship’s crews were also given a guided tour of certain professional schools and the Naval Maritime Museum to familiarise them with IN’s method of imparting training to its personnel and preserving its naval heritage.

India’s bilateral relations with Japan are rooted in historical social and cultural interactions and extensive people-to-people contact. The current visit of Japanese Navy ship enhances the interoperability and friendship between the two navies, a press note stressed. JMSDF Samidare is planned to depart for Bahrain on 22 Dec 18 and will be participating in anti-piracy mission in Gulf of Aden.

Just a while back, Air Chief Marshal Birender Singh Dhanoa, Chief of the Air Staff was on a goodwill visit to Japan from 10-14 Dec 18. The visit was to further strengthen the existing defence cooperation between the air forces of the two countries.