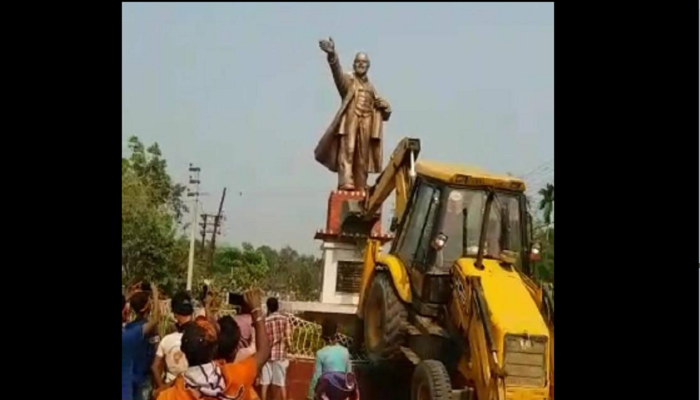 After toppling of Lenin statue in Tripura and subsequent vandalism in West Bengal in which Bharatiya Jana Sangh founder Syama Prasad Mukherjee’s bust was vandalized in Kolkata’s Kalighat, Prime Minister Narendra Modi has condemned the incidents.

The statue of Vladimir Lenin was brought down at Belonia College Square in Tripura after BJP stormed to power in the communist bastion. It is, however, still unclear as to who is behind the toppling of the Lenin statue. But the Left and the BJP are in a constant state of war of words on the toppling of Lenin in one of CPI (M)’s major bastions of power.

Ministry of Home Affairs has asked the states that they must take all necessary measures to prevent such incidents. Persons indulging in such acts must be sternly dealt with and booked under relevant provisions of law.
Myanmarese Hindus demand connectivity with Chennai