Malaysian Indian leader Prof P Ramasamy who is on the radar of several Muslim activists for his offensive attitude against Zakir Naik has now started getting support from international quarters.

Muslim leaders are accusing the Malaysian Indian of having connections with the now defunct Liberation Tigers of Tamil Eelam (LTTE) which was fighting for a homeland for the Tamils.

Now, the peacemaker Visuvanathan Rudrakumaran, who is now practicing law in New York, and who worked with Ramasamy has come out in support of the Malaysian Indian leader.

In an email, he says that in 2002 peace process was initiated between the LTTE and the government of Sri Lanka under the auspices of the Norwegian government, USA, UK, and Japan.

Adoption of Christianity behind foundation of Russian state: Putin

The expenses for the committee, such as traveling and hotel accommodations, were borne by the Norwegian government. 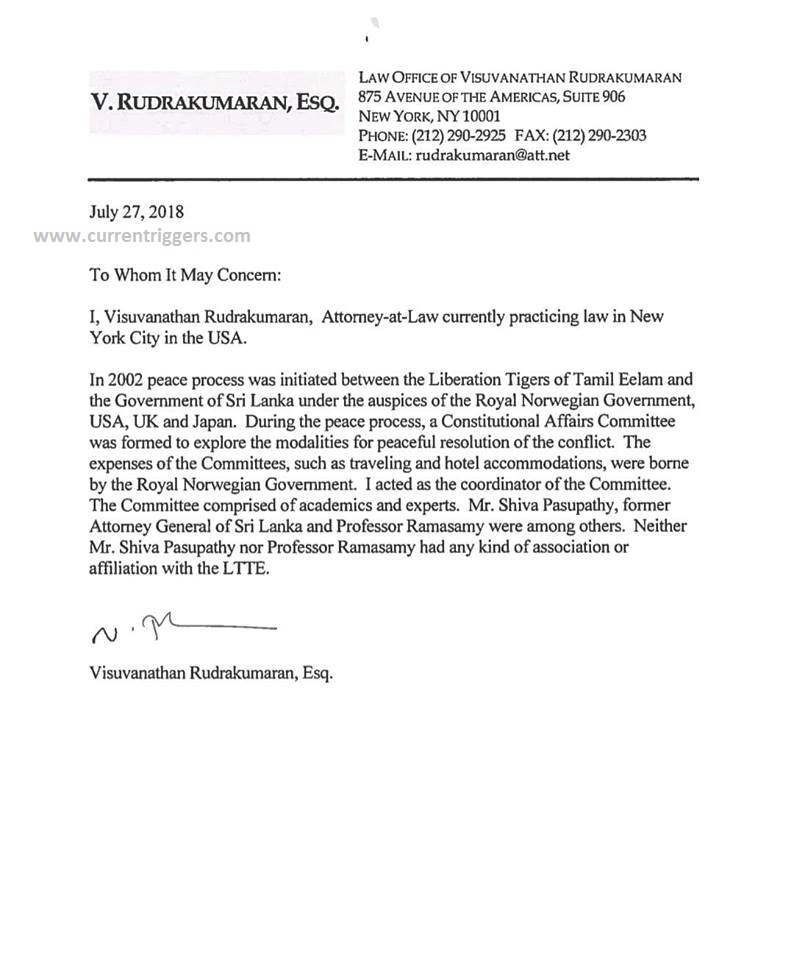 He also explained his role and said that he acted as the coordinator of the committee, which comprised academics and experts. Sri Lankan attorney-general Shiva Pasupathy and Prof Ramasamy were among others.

Rudrakumaran reiterated that “neither Shiva nor Ramasamy had any kind of association or affiliation with the LTTE.”