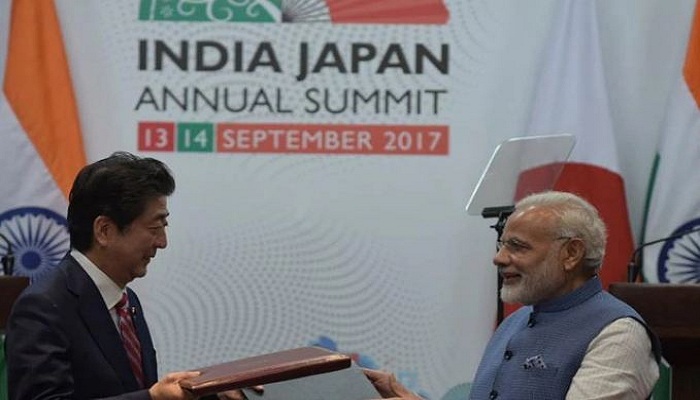 Under the framework of the Special Strategic and Global Partnership between India and Japan, the two leaders will have wide-ranging discussions over two days on bilateral, regional and global issues of mutual interest.

A press note by the government of India said:

Prime Minister Modi’s visit will reaffirm the traditional bonds of friendship between the two countries and strengthen their multifaceted cooperation in diverse fields. It will also advance the vision of India and Japan working together to promote peace and prosperity in the Indo-Pacific region and beyond.

Earlier, Prime Minister of Japan Shinzo Abe has offered his Government’s support to the Swachh Bharat Mission. In a written message, Shinzo Abe said that Japan will cooperate with India, which promotes the Clean India initiative under Prime Minister Modi’s leadership.

He further underscored Japan’s commitment to realize healthy societies in Asia and congratulated India on the success of the Mahatma Gandhi International Sanitation Convention.