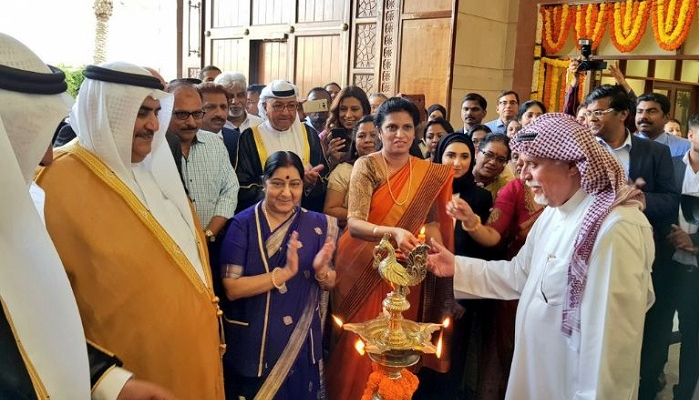 The 46th Session of the Council of Foreign Ministers of the Organisation of Islamic Cooperation will be held in Abu Dhabi on 1st and 2nd March, 2019. The Minister for External Affairs Sushma Swaraj has been invited by  Sheikh Abdullah bin Zayed Al Nahyan, Foreign Minister of the United Arab Emirates as the “Guest of Honour” to address the Inaugural Plenary.

In a press release government of India said on this development that:

Hindu nationalist government of India is winning against Jinnah’s Pakistan

The Organisation of Islamic Cooperation (OIC) is the second largest inter-governmental organization after the United Nations and has a membership of 57 states spread over four continents. The Organization is considered the collective voice of the Muslim world.

From Iran with love: Farsi Panchtantra and Mahabharat

The invite from the Organisation of Islamic Cooperation comes after a successful visit of the Prince of Saudi Arabia to India.

The friendly country of India has been named as the guest of honour in view of its great global political stature as well as its time-hounoured and deeply rooted cultural and historical legacy, and its important Islamic component.