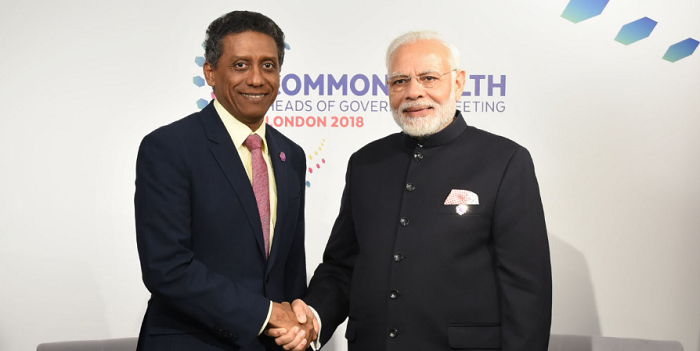 President Danny Faure will be accorded a ceremonial welcome including inspection of a Guard of Honour at the forecourt of the Rashtrapati Bhavan on 25 June morning. This will be followed by a visit to Rajghat to pay tributes to Mahatma Gandhi.

During the visit, the President of Seychelles will also be visiting the states of Gujarat, Goa and Uttarakhand.

In a press release, the government also said that:

The State Visit of President Faure is part of regular high-level exchanges between India and Seychelles and will accord an opportunity to review our wide-ranging bilateral cooperation including in the fields of defence and security and development partnership.

Seychelles parliament had refused to ratify a pact which would allow India to build naval facilities on one of the archipelago’s islands.

India and Seychelles had signed an agreement this January to build military facilities on the remote island of Assumption, but the project snowballed into a major controversy as the opposition members of this tiny Indian Ocean nation’s parliament went out against it with very public protests. The opposition believes that this move of allowing India access to Assumption, which is near a busy shipping route, would be equivalent of surrendering territory to another country. They also said that a joint management of the facility with India undermined the 115-island nation’s sovereignty.